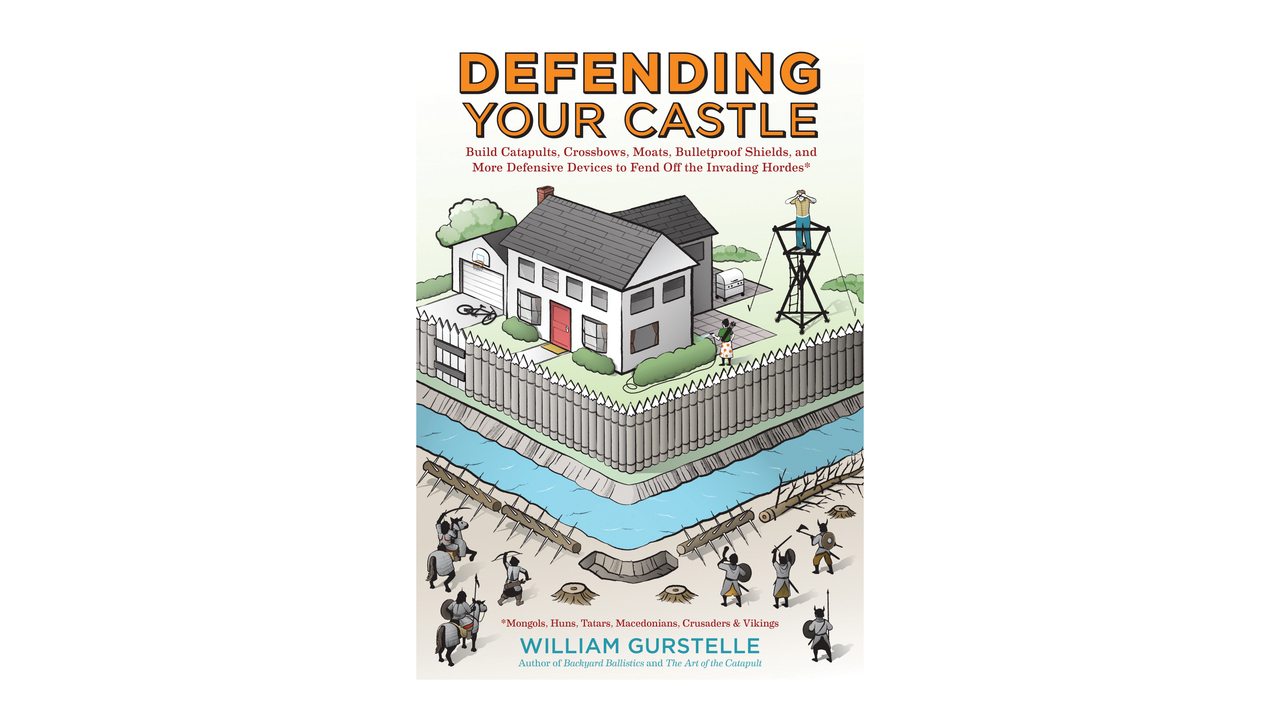 A man’s home is his castle, or so the saying goes, but could it withstand an attack by Attila and the Huns, Ragnar and the Vikings, Alexander and the Greeks, Genghis Khan and the Mongols, or Tamerlane and the Tartars?

Backyard Ballistics author William Gurstelle poses this fascinating question to modern-day garage warriors and shows them how to build an arsenal of ancient artillery and fortifications aimed at withstanding these invading hordes. Each chapter introduces a new bad actor in the history of warfare, details his conquests, and features weapons and fortifications to defend against him and his minions.

Clear step-by-step instructions, diagrams, and photographs show how to build a dozen projects, including “Da Vinci’s Catapult,” “Carpini’s Crossbow,” a “Crusader-Proof Moat,” “Alexander’s Tortoise,” and the “Cheval-de-frise.” With a strong emphasis on safety, the book also gives tips on troubleshooting, explains the physics behind many of the projects, and shows where to buy the materials.

By the time they’ve reached the last page, at-home defenders everywhere will have succeeded in creating a fully fortified home.

About the Author
William Gurstelle is a professional engineer who has been researching and building model catapults and ballistic devices for more than 30 years and is a contributing editor at Popular Mechanics, a columnist for Make magazine, and writes frequently for Wired, the Atlantic, and Maxim as well as other national magazines.