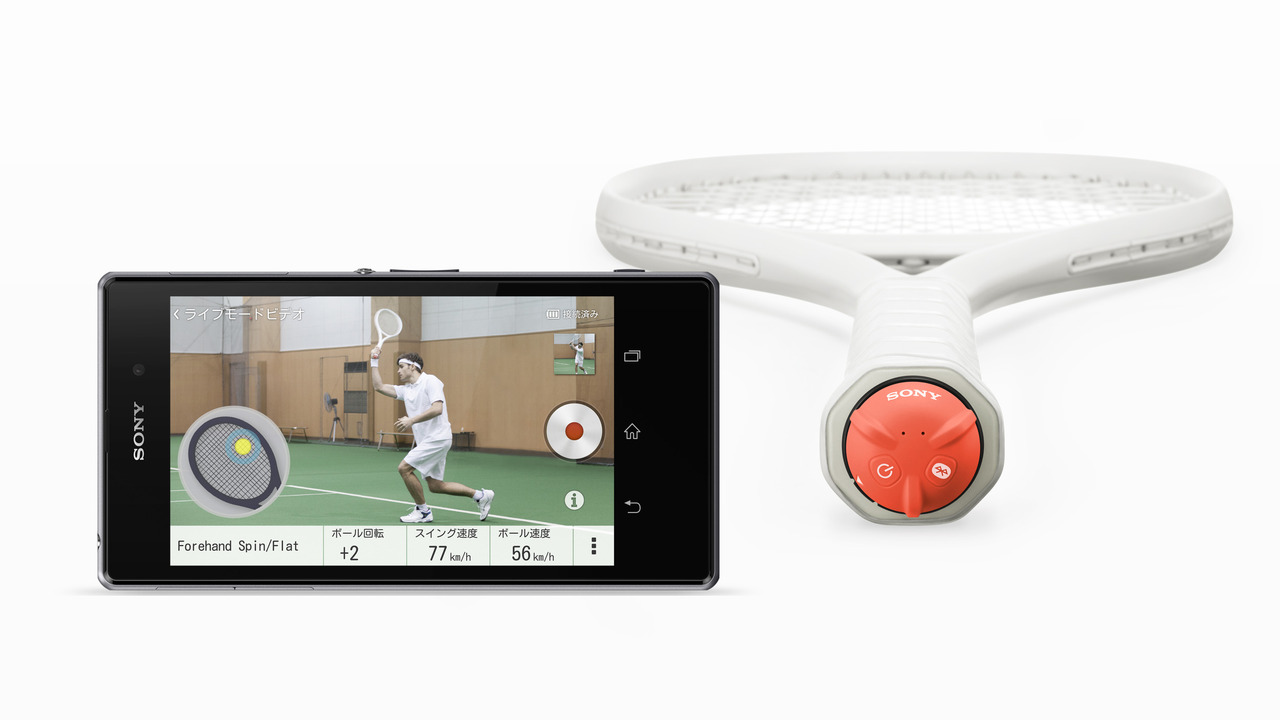 Sony is launching the Smart Tennis Sensor, engineered for all levels of tennis players that want to optimize their tennis game and share their performance results. The new sensor takes control to the next level through real-time shot visualizations instantly available on a smartphone or tablet as well as simultaneous displaying of recorded video and shot metrics. The Smart Tennis Sensor will be compatible with select tennis racket models by top manufacturers such as Wilson, Prince and Yonex.

Sony partnered with top tennis manufacturer Wilson, as well as Prince and Yonex to create a compact enough body to accompany the sleek yet performance-driven rackets known to generations of players. "Sony is a company which aims to enhance customers' daily lives by offering products, applications and services which inspire and fulfill their curiosity," said Furumi Hideyuki, SVP, the president of UX & Product Strategy Group, UX, Product Strategy and Creative Platform, Sony Corporation. "Through working with our partners in the tennis racket market, Sony will offer its Smart Tennis Sensor, to all levels of tennis players ranging from beginners to experts and is very excited about the prospect of enriching tennis with this new experience."

"Wilson is thrilled to be the exclusive distributor and marketing partner with Sony on this important Tennis technology advancement," said Mike Dowse, President of Wilson Sporting Goods Co. "As a leader in Tennis for more than 100 years, Wilson has always been at the forefront of sport innovation and is dedicated to providing the best technologies to athletes of all levels. In some cases we build that innovation, but we also seek out partners, like Sony, who have developed innovation that we view as best in class."

Weighing approximately 8grams and measuring 31.3mm in diameter, the Smart Tennis Sensor is designed to minimize impact on performance while playing, yet fits securely and discretely at the bottom of the racket. The sensor's Memory Mode enables up to 12,000 shots of internal storage for quick saving or easy download to a smartphone or tablet. The sensor can be conveniently transferred any time, along with all recorded historical shots between a player's spare rackets, or to another compatible racket model or brand through a player's development in the sport. "We are very excited about our new partnership with Sony. At Prince we have built our brand around helping tennis players improve their game through innovative product design, so partnering with another brand who believes in a similar philosophy makes perfect sense for us," said Tyler Herring, Vice President of Product Development, Prince Global Sports. "By allowing players to analyze their game with advanced data collection tools like the Sony's Smart Tennis Sensor, we believe that the racquet selection process becomes much easier which is the key to having success on the tennis court."

With an IP65 waterproof/dustproof rating and officially approved by the International Tennis Federation (ITF) for use during competition*, Sony's Smart Tennis Sensor aligns to play of all levels and intensities.

"As of May, Yonex has had great success in introducing Sony's Smart Tennis Sensor exclusively within Japan. This product has brought a new enjoyment to the game and has stirred strong praise among many tennis fans in Japan," said Manji Kanemasu, Assistant General Manager of Global Marketing. "As the Smart Tennis Sensor expands globally, it will surely bring about a fun new experience to tennis fans all over the world."