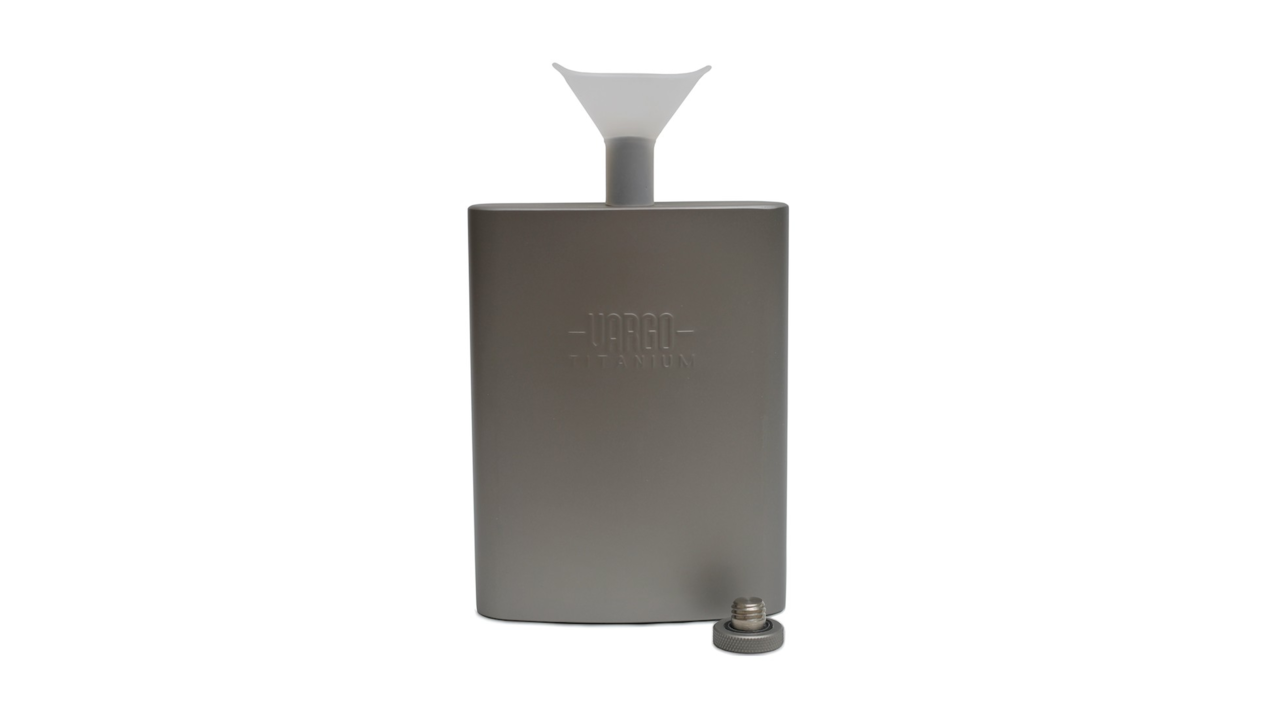 The Funnel Flask has a patent pending integrated silicone funnel that stays attached to the flask, unless removed for cleaning, making it impossible to misplace. Users will not have to keep track of additional parts like those found with traditional flasks. They can simply flip the funnel up while filling the flask and then flip it back down when they are ready to drink. Alcohol and other beverages are easily poured into and out of the flask through the use of the flipped-up funnel.

“Necessity was the mother of invention!” says President and CEO, Brian Vargo, jokingly. “Actually, we’ve wanted to make a titanium flask for a while now but wanted to improve on the design first instead of just making another hip flask. Integrating the funnel into the flask was our key to making it better.”

Unlike other flasks, the Funnel Flask will not rust, corrode, or alter the flavor of its contents thanks to its pure titanium composition. Titanium is inert and biocompatible, meaning it will not leach chemicals or add odors to the beverage, and it contains nothing harmful to the human body, making it a very safe container from which to drink. Vargo only uses pure top-grade titanium in its bottles and flasks, creating safe and strong ultralight backpacking gear.

Vargo is the first to offer a completely titanium flask, including the cap, in a hip flask shape that holds 8 ounces of fluid. Most flasks by other companies have a stainless steel cap, are oddly shaped, or only allows for a maximum of 6 fluid ounces. The Funnel Flask only weighs 3.7 ounces and is 5.9 inches in length by 3.7 inches in width.