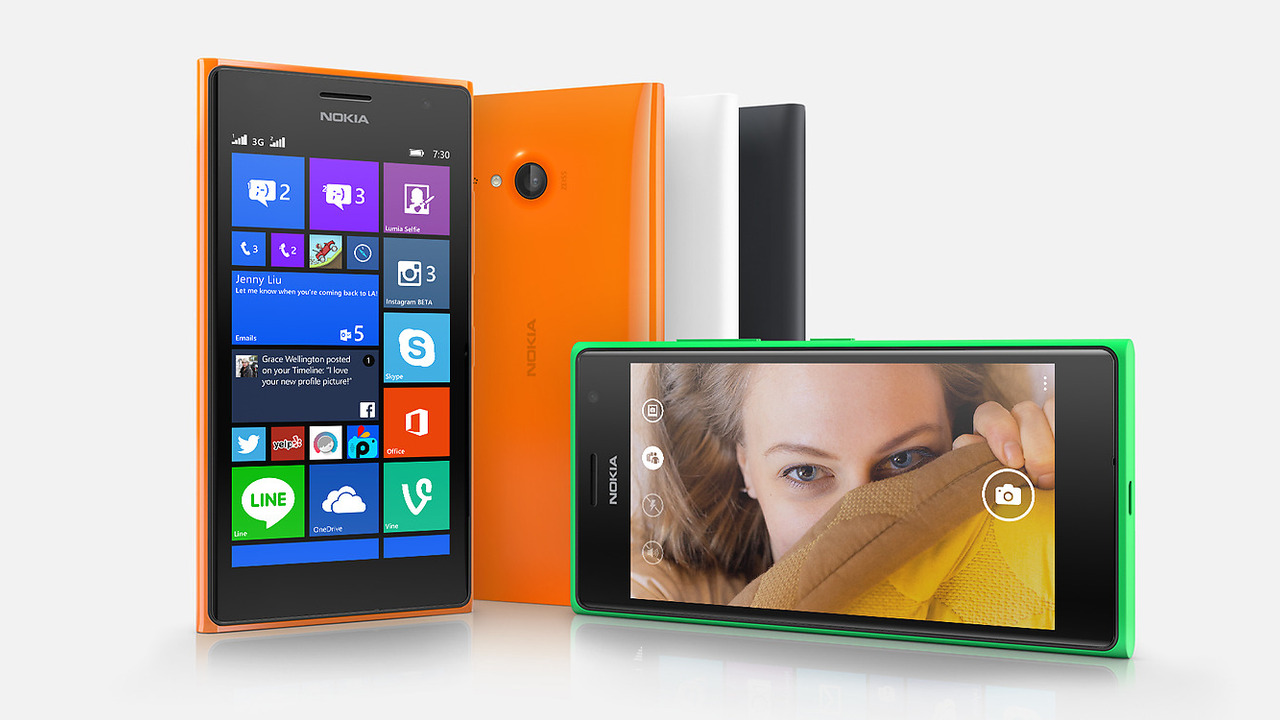 Microsoft this morning announced the budget-conscious Nokia Lumia 730 and Lumia 735 along with its 5 MP front-facing camera for the 'selfie generation' and Skype users. The phone is expected to go on sale in the coming weeks for €199 ($262 USD) along with 3G dual SIM support ideal for emerging markets. The Lumia 735 with 4G LTE and single SIM will run for €219 ($288 USD). By comparison, the original Lumia 720 cost around €249 on its initial launch.

The Lumia 730 gains some impressive additions with its 2014 update, including a removable battery, more RAM for video games, changeable shells, a 720P HD display and improved cameras.

The design of the Lumia 730 is reminiscent of a thinner, light Lumia 920 with a hint of the original Lumia 800 added in for good measure. The device is significantly lighter at just 133 grams (versus a Lumia 920 at 185 grams) even though the display is 0.2-inches larger.