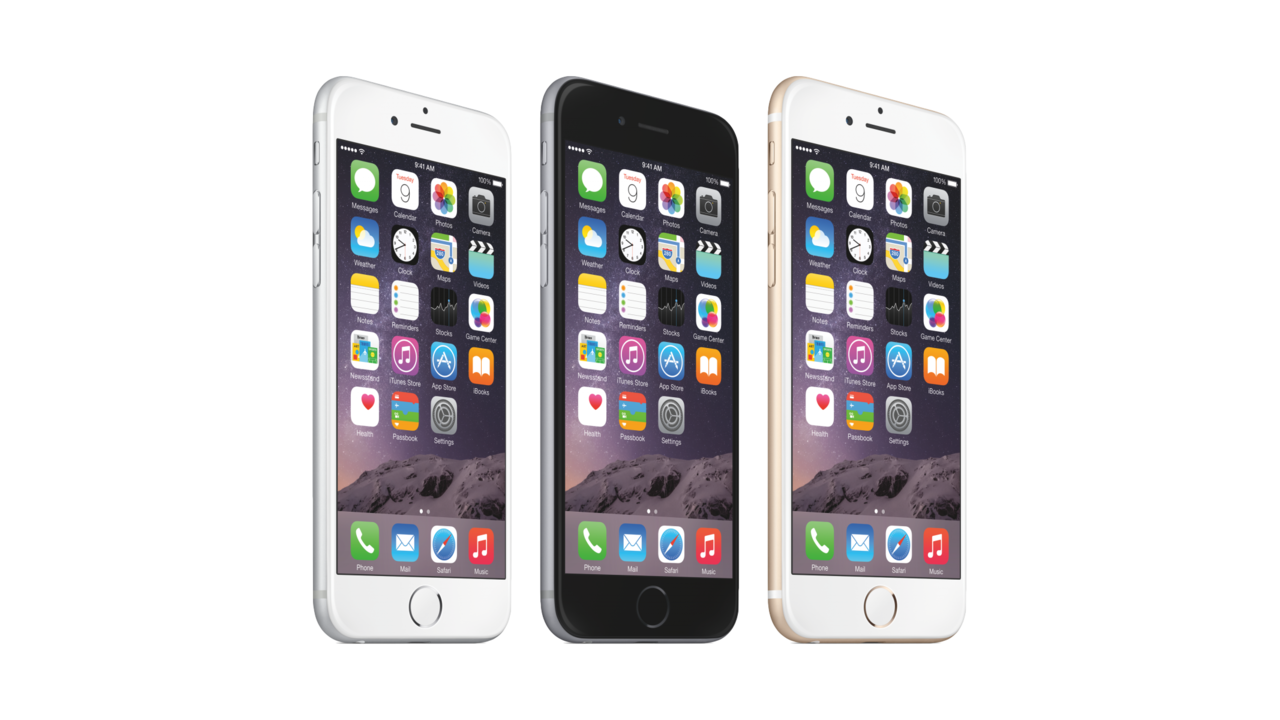 Apple Announces the 'iPhone 6' and 'iPhone 6 Plus'

The new iPhones feature a precision unibody enclosure of anodized aluminum that conforms seamlessly with the shaped glass of the display, resulting in a completely smooth and continuous surface. iPhone 6 and iPhone 6 Plus are engineered to be the thinnest ever, delivering a bigger display in a design that is still comfortable to hold and easy to use.

The new iPhone 6 and iPhone 6 Plus smartphones include: the Apple-designed A8 chip with second generation 64-bit desktop-class architecture for blazing fast performance and power efficiency; advanced iSight and FaceTime HD cameras; ultrafast wireless technologies; and Apple Pay, an easier way to simply and securely make payments with just the touch of a finger. Both models include iOS 8, the latest version of the world’s most advanced mobile operating system, featuring a simpler, faster and more intuitive user experience with new Messages and Photos features, QuickType keyboard, a new Health app, Family Sharing and iCloud Drive.

“iPhone 6 and iPhone 6 Plus are the biggest advancements in iPhone history,” said Tim Cook, Apple’s CEO. “The iPhone is the most loved smartphone in the world with the highest customer satisfaction in the industry and we are making it much better in every way. Only Apple can combine the best hardware, software and services at this unprecedented level and we think customers are going to love it.”

With second generation 64-bit desktop-class architecture, the all-new A8 chip offers faster performance and is more energy efficient, delivering higher sustained performance with great battery life. With Metal, a new graphics technology in iOS 8, developers can take performance of the A8 chip even further to bring console-class 3D games to iPhone. The A8 chip also includes a new, powerful Apple-designed image signal processor that enables advanced camera and video features.

Both models include the M8 motion coprocessor that gathers motion data from the accelerometer, gyroscope, compass and the new barometer, which senses air pressure to provide relative elevation. The M8 motion coprocessor can continuously measure your motion data, even when the device is asleep, saving battery life for fitness apps that use the sensors all day. With iOS 8, motion data from M8 appears in the Health app so you can see how many flights of stairs you've climbed, or how far you've walked or run. Developers can use CoreMotion APIs that take advantage of M8 and HealthKit to create apps that help you take better care of your health and fitness. iPhone 6 and iPhone 6 Plus introduce Apple Pay, an easy way to securely pay for physical goods and services in stores or apps with just the touch of a finger. Users can pay securely and conveniently in stores by simply holding the phone near the contactless reader while keeping a finger on Touch ID; there is no need to unlock your iPhone or launch an app. With Apple Pay, you can also make one-touch purchases within apps, without having to enter credit card or shipping information. All payment information is kept private, encrypted and stored securely in the Secure Element, a chip inside the new iPhones.

The iSight camera gets even better with a new sensor featuring Focus Pixels for faster autofocus, making it easier to quickly capture any moment. iPhone 6 Plus users will also benefit from optical image stabilization technology that compensates for hand shake in low light and works with iOS 8 to reduce subject motion. High-definition video on iPhone improves with faster frame rates up to 60fps for 1080p video and 240fps for slo-mo, as well as continuous autofocus, cinematic video stabilization and time-lapse video. The FaceTime HD camera now captures over 80 percent more light with a new sensor, larger f/2.2 aperture and advanced new features including burst mode and HDR video.

With faster LTE download speeds of up to 150 Mbps, iPhone 6 and iPhone 6 Plus users can browse, download and stream content faster. The new iPhones also support high-quality voice calls over LTE (VoLTE) as well as Wi-Fi calling. With support for up to 20 LTE wireless bands—more than any other smartphone in the world—the new models make it easier to experience high-speed networks around the world. Both iPhones also include 802.11ac Wi-Fi with speeds up to 433 Mbps and Bluetooth 4.0.