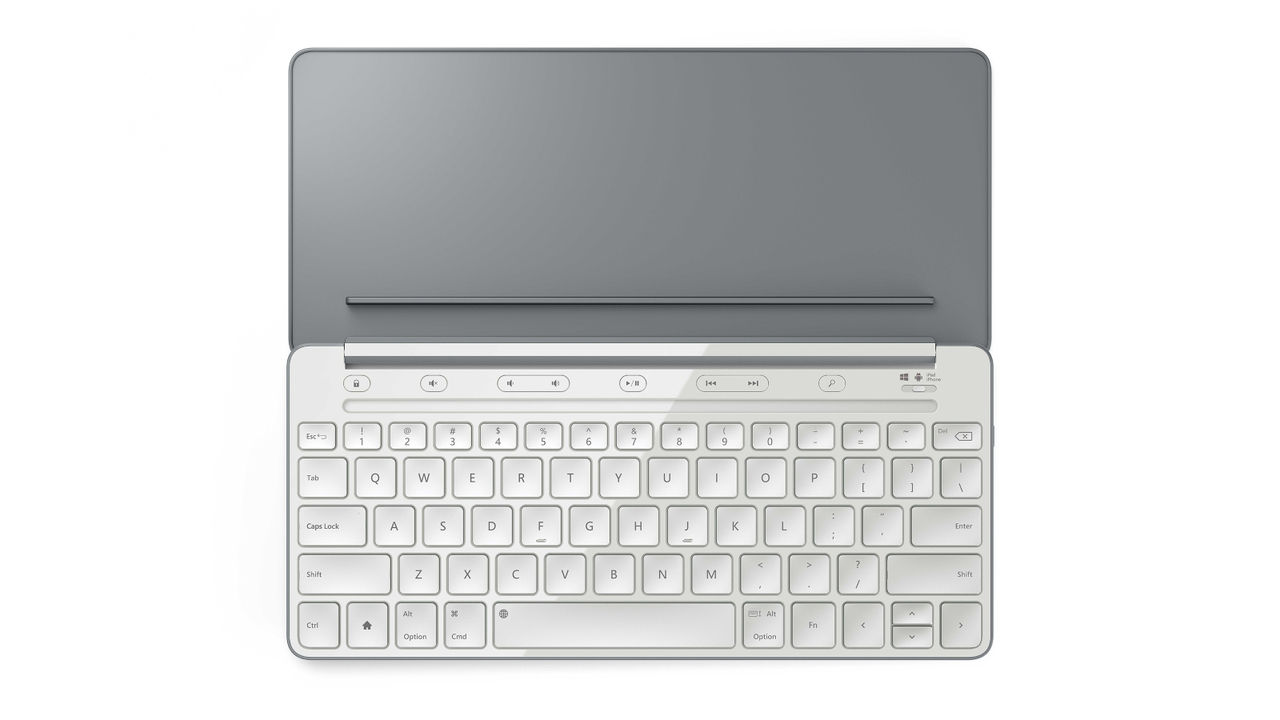 Microsoft has unveiled a new Universal Mobile Keyboard that works with iOS, Android, and Windows. The idea is that you can use the keyboard to easily switch between your devices that run different operating systems.

With the Microsoft Universal Mobile Keyboard, getting stuff done while you’re on the go has never been easier. Power through emails, put together a proposal, build a presentation, or simply instant message with a friend. The Universal Mobile Keyboard has an OS switch that lets you change from one operating system to another while maintaining a fully functional keyboard. And with the physical “chiclet” style keyset on this keyboard, you’ll feel like you’re typing on your laptop without lugging around the extra weight or bulk. The Universal Mobile Keyboard was built to be portable. Opening the protective cover automatically turns on the keyboard, making a Bluetooth connection. Shut the cover, and it turns off. The cover also has an integrated stand that can be detached, so you can position your tablet in a comfortable position.

Notably, there is even a command key to make Apple users happy. So leave the laptop behind—the Universal Mobile Keyboard lets you get real work done with just your tablet or smartphone.