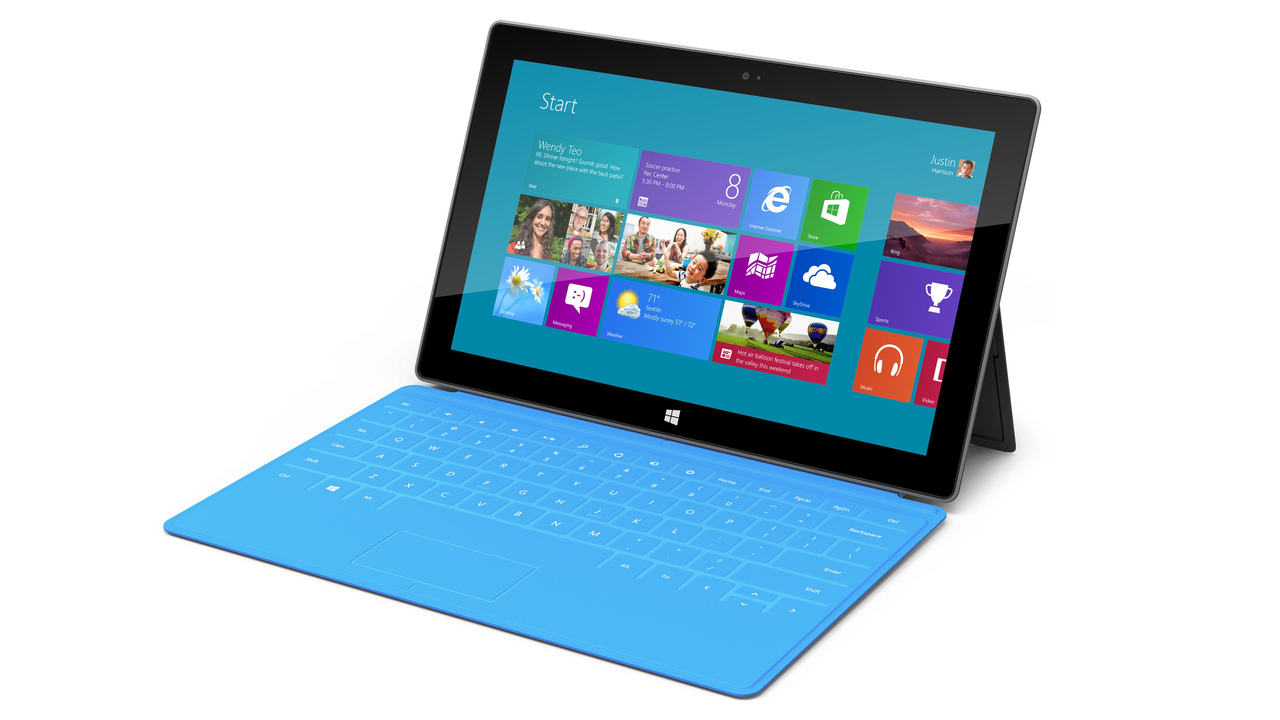 The Microsoft Surface tablet with Windows RT features a 10.6-inch display, a VaporMg casing, and 32GB or 64GB of storage. It's Dark Titanium in color and has a 16:9 resolution of 1366x768.