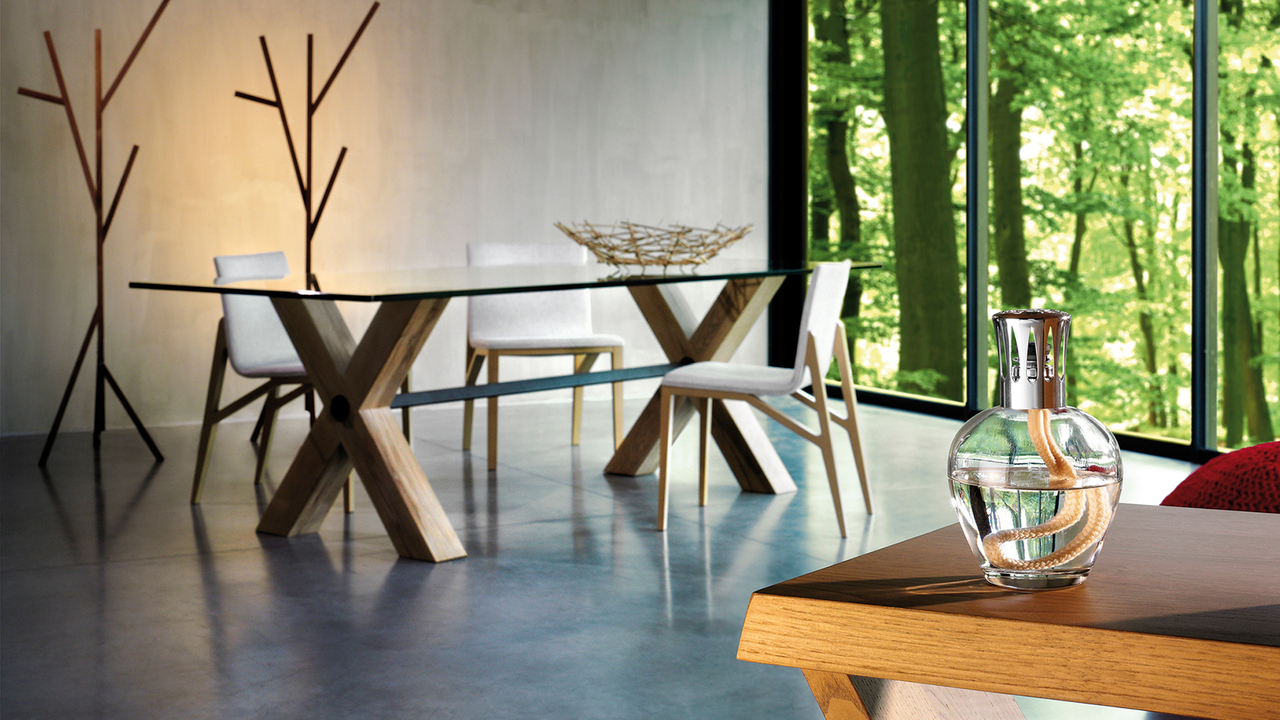 In 1898, in response to a sepsis in hospitals, Maurice Berger invented a system of diffusion by catalysis. This revolutionary technology, which purifies the air in enclosed rooms, was soon to be applied for private use, giving birth to the Lampe Berger company.

The little lamp which destroys bad smells saw its apogee during the 1930s: fragrance provided the dimension of pleasure; the Lampe Berger became a collector’s item, each lamp being associated with a designer and major manufacturer such as Cristal de Baccarat, Cristalleries de Saint Louis, Emile Gallé, René Lalique, and then the top porcelain producers of the 1950s… Coco Chanel, Jean Cocteau, Colette or Picasso each had their own Lampe Berger.

With over 5 million litres of fragrances and 800,000 lamps sold every year around the world, Lampe Berger is still a huge success, over a century after it was invented. It is distributed in 56 countries and present in 7,000 sales outlets around the world. Today, the Lampe Berger is available in an incredible variety of styles, designs and materials in order to meet every individual’s desire. The collection is currently made up of around a hundred wonderful lamps.

The brand works on a daily basis with many designers from different backgrounds to always be renewing its collection. In this way, some 15 new models are created every year, each one requiring 18 months of work.

Lampe Berger makes it a rule to diffuse into the air only substances that are perfectly mastered and controlled. Tests carried out regularly by an independent laboratory attest to the absence of fumes and the detection of BTEX (benzene, styrene, naphthalene,formaldehyde and acetaldehyde) during diffusion. An essential guarantee for people who are concerned about the air that they breathe and which few products can claim to provide.