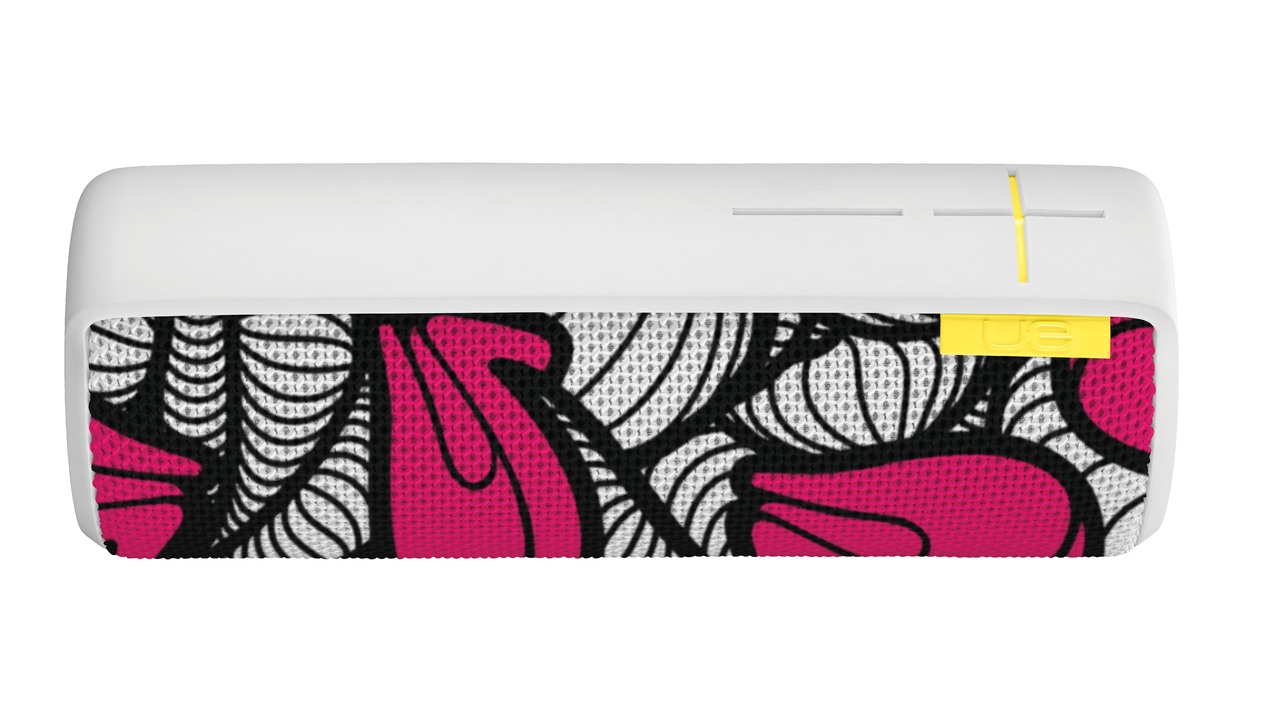 In just a few short years, INSA has left a physical and digital mark on the art community with his distinctive use of color, shapes and technology. INSA’s animated graffiti gifs, popularly known as ‘GIF-ITI,’ are transforming the street craft by combining offline art with online capabilities. By meticulously painting and photographing a variety of painted graffiti layers, INSA then brings his street art to life through animated gifs. Now, he is bringing his popular shapes to life with music, on the acoustic skin of UE BOOM.

“UE BOOM is one of the most innovative speakers out there, and it’s cool to combine my art with a device that brings even more creativity to the world,” said INSA. “This collaboration is also a new way of putting my art out there. The fact that I am adding my design to the shape and texture of the UE BOOM – something I take with me and use in my everyday life, whether it’s on a scaffolding when I’m painting a wall or at the studio – made this an exciting project for me.”

Introduced in 2013, UE BOOM has won four prestigious design awards, and is continuously evolving with industry-defining features, such as alarm functionality, custom tuning and two-speaker pairing – the Double Up feature – delivered through software updates. Built to withstand the rigors of life, UE BOOM has a cylindrical shape that blasts bold 360-degree sound, and it features a water- and stain-resistant acoustic skin and up to 15 hours of battery life.

“UE BOOM gives us a new take on the longstanding tradition of enjoying music, much like INSA gives us a new spin on street art with his ‘GIF-ITI,’” said Rory Dooley, general manager of Ultimate Ears. “By coming together as two innovators in art, we’re able to make something more visually appealing and beautiful sounding than ever before. It’s an exciting collaboration.”