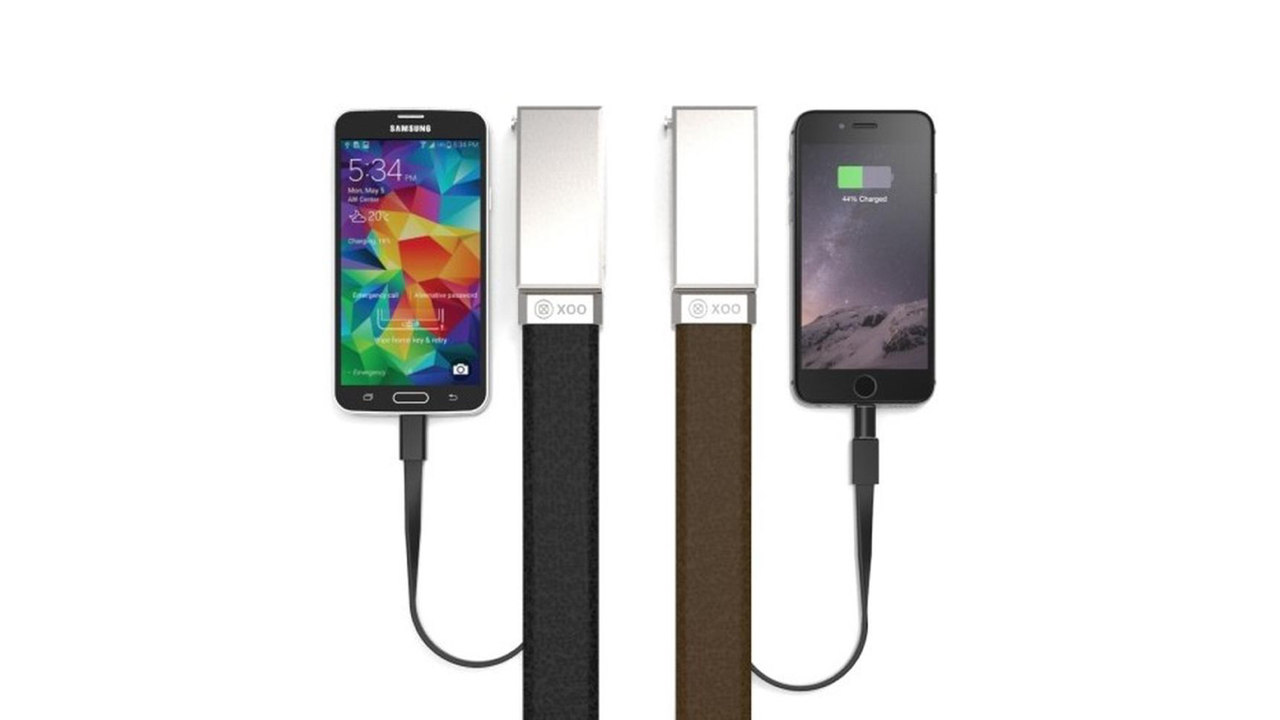 Nifty built the XOO Belt to solve a common problem as simply as possible. Other battery chargers exist but come with trade-offs: bulk, inconvenience or only a trickle of extra charge. The XOO Belt does away with such problems: simple to use, always within reach and as light and stylish as, well, a designer belt.

The XOO Belt line includes two collections: Classic XOO and the Casely-Hayford collection, the result of a collaboration between Nifty and world-renowned British fashion duo Joe and Charlie Casely-Hayford. Rather than a simple tech product the XOO Belt is being designed as a wearable that's a pleasure to actually wear and can be customised to suit any wardrobe.

Counting the likes of David Beckham, Tinie Tempah and Florence Welch among their esteemed client list, Casely-Hayford are at the forefront of sartorial innovation and the collaboration is one of the first to see a primarily tech-focused company engage so closely with a luxury fashion house, reflecting the great development of and demand for wearable technology.

Hidden within the XOO Belt are multiple layers of cutting-edge flexible battery, a first of its kind in wearable tech. Ultra safe and unreactive, completely invisible and clocking in at 2,100mAh of power: enough to fully charge an iPhone 6, and then some. The XOO Belt works with both microUSB (Android) and Lightning cable (Apple devices).

"We were sick of our phones dying by dinner time. A first-world problem but, nonetheless, a really big pain point. The XOO Belt takes away that pain, whenever you need it and wherever you are. Not just a standard tech product but a really nice product that solves a really big problem really well."