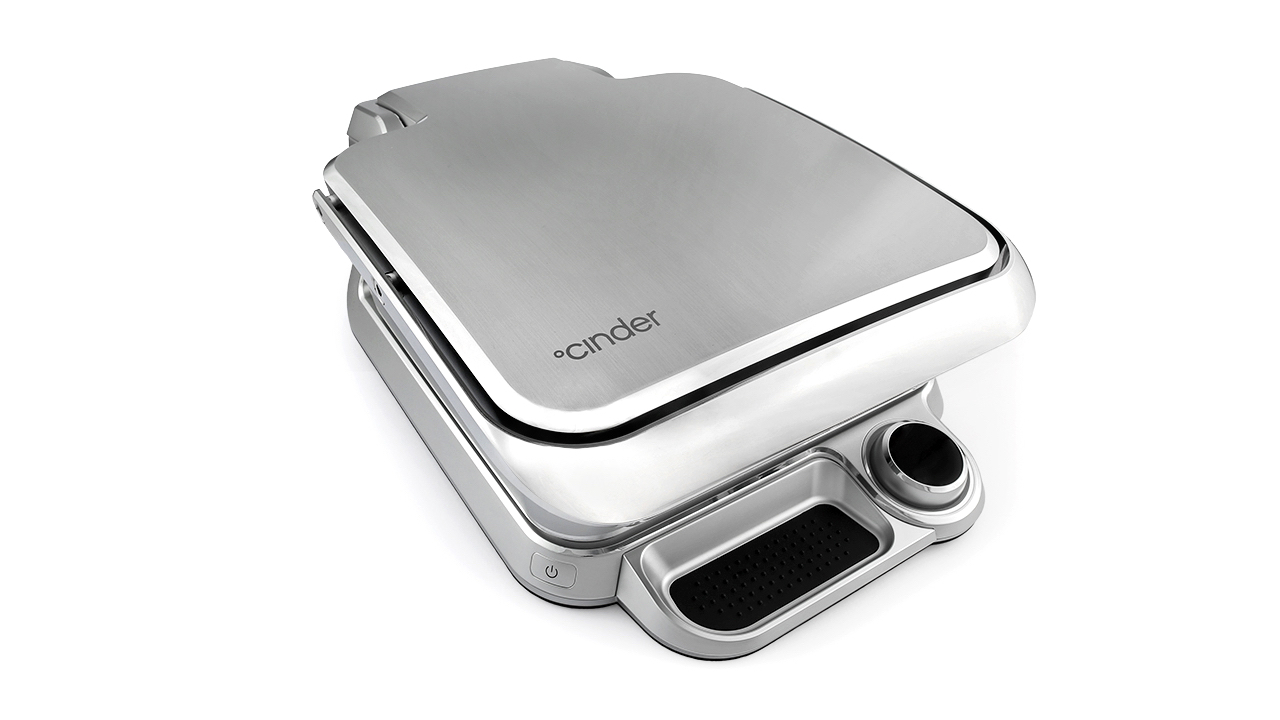 Precision-temperature cooking for home cooks elevates to a new and more accessible level with the debut of the Cinder Sensing Cooker, available for pre-sale by clicking the buy link at the bottom of this article. This smart, countertop kitchen appliance uses patent-pending sensing and control technology for precision-temperature cooking that enables home cooks to prepare foods to an exact temperature and then sear in the same unit — unattended — resulting in restaurant-quality meals. The Cinder Sensing Cooker comes out of San Francisco-based startup Cinder, a Y Combinator-backed company and Highway1 graduate, and was developed by cofounders CEO Eric Norman, who has a background in product development at Toyota, and CTO Jim Reich, an expert controls and embedded systems engineer out of Lockheed Martin and Xerox PARC.

“In developing the Cinder Sensing Cooker, we literally drew upon rocket science used in spacecraft to create a wholly down-to-earth cooking experience for people who want to combine the best parts of home cooking — the creative and sensory experience — with the best part of fine dining, which is the perfectly cooked, delicious food,” said Eric Norman, CEO and co-founder of Cinder. “In one appliance, the Cinder Sensing Cooker gives the home cook the ability to control cooking temperatures — like is done in high-end restaurants — and also to sear foods. With minimal effort, people can now prepare meals at home that achieve the same wonderful flavors, colors and textures they enjoy in restaurant dining.” How it Works
Cooking, Holding and Searing Food The 1800W Cinder Sensing Cooker’s enclosed cooking chamber and two non-stick aluminum cooking plates are equipped with highly accurate sensors to achieve and maintain the precise temperature necessary to cook a particular food as recommended by food science, or according to the home cook’s preference. With Cinder, the home cook can easily prepare anything from a flaky, seared salmon and juicy chicken breasts to beautifully caramelized onions.

For example, with the Cinder Sensing Cooker, the home cook can prepare a perfect, medium-rare New York Strip steak, cooked evenly edge-to-edge and with a beautiful seared exterior, in 28 minutes. The cook simply places the steak inside the Cinder and with one turn of the dial sets Cinder to 132°F or simply taps “NY Strip, Medium Rare” in the iPad app to start the unattended cooking. Within seconds, Cinder will reach the target temperature and precisely maintain it there until the steak reaches the same temperature, at which time Cinder indicates it is done and sends a notification. After that, Cinder can hold the steak at that precise temperature for up to two hours until the cook is ready to sear and serve it. Because the temperature inside Cinder is so precise and remains constant, it is impossible to overcook or undercook the steak. The searing, which only takes 45 seconds for a steak, is done right in the Cinder, which can quickly reach and maintain temperatures as high as 550°F to deliver restaurant-quality results. Rocket Science for Precision Temperature Control
To maintain the steady, uniform temperatures inside its cooking chamber, Cinder draws upon several techniques traditionally used in spacecraft design. To begin, the materials and the structural and heater design for Cinder were selected specifically to optimize heat flow. Like controlling the motion of a satellite, Cinder’s predictive control system and sensor placement are carefully tuned to avoid overshoot, relying for information upon multiple sensors in the cooking plates that are accurate to within 0.25°F. The shape and materials are carefully optimized based on detailed simulation to even out heat flows and achieve constant temperature. By containing the plates in a thermal chamber, Cinder prevents heat leakage, which lets the edges of the food get as warm as the middle. It also saves power and enables the device to precisely control all of the heat flow into and out of the device. This lets Cinder’s patent-pending virtual-thermometer algorithm infer the temperature of the food, so it can tell when the food is done, without needing thermometer probes.

“Before meeting in food-obsessed San Francisco, Eric and I had each been experimenting with precision-temperature cooking techniques such as sous-vide,” said Jim Reich, co-founder and CTO of Cinder, “We both concluded that there ought to be a faster and more convenient way for home cooks to achieve the same great results, but without the water or vacuum-sealed plastic bags. So we set out to develop the next-generation precision cooking appliance, the Cinder Sensing Cooker, to become the newest workhorse of the modern kitchen to help people cook consistently great meals.”