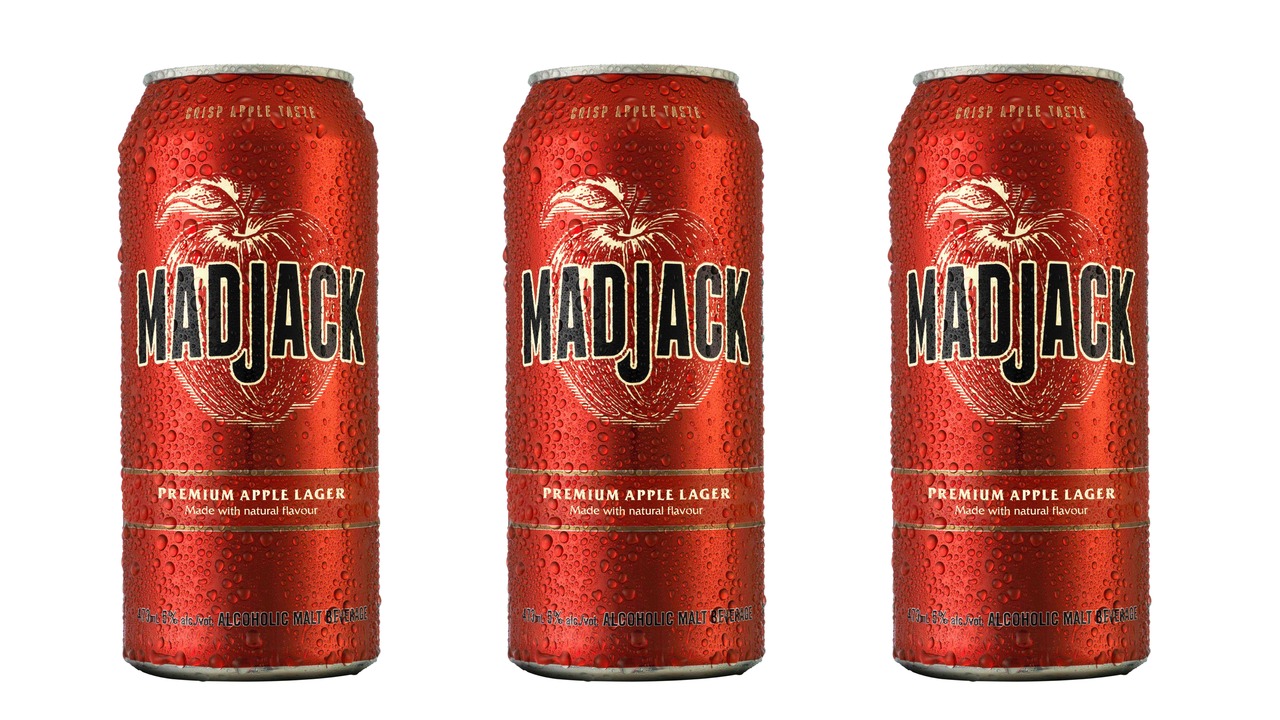 In 2014, Mad Jack debuted in Ontario and Quebec where it quickly captured taste buds as a delicious new option for the beer-drinking occasion. The initial launch for Mad Jack saw one of the highest ever conversion rates from trial to purchase for a new Molson Coors product.

Now, drinkers across Canada are getting a welcome taste of Mad Jack, which will be launching at beer and liquor stores and at select on-premise establishments in British Columbia, Alberta, Manitoba, Nova Scotia, New Brunswick, PEI and Newfoundland.

"The response from Ontario and Quebec drinkers has been unanimously positive," says Kristi Knowles, VP Innovation, Insights and Portfolio Strategy at Molson Coors. "With a crisp apple taste that's light in body with a smooth, clean finish, Mad Jack has a taste that's refreshingly different. Beer drinkers and non-beer drinkers have quickly taken a liking to Mad Jack and we can't wait for the rest of Canada to get the opportunity to taste one of our best-received products in years."

Unlike ciders, which are made from fermented apples, Mad Jack is made using malt, natural flavours and no preservatives. It contains 5% ABV (alcohol by volume). Mad Jack is best served as you would your favourite beer and pairs well with pub food and barbecue meals.

Crazy About New Beer Flavours
Mad Jack Premium Apple Lager quenches drinkers' thirst for new flavour options for their beer, specifically apple – a category that continues to rise in popularity among drinkers. According to Beverage Industry magazine's 2015 New Product Development Outlook survey, 31 per cent of respondents listed apple as one of their top flavours used in 2014.

Formats and Availability
Mad Jack is brewed in Canada just for Canadians. It is rolling out across Canada starting in April and will be sold in the following formats, with availability, price and pack sizes varying by province.