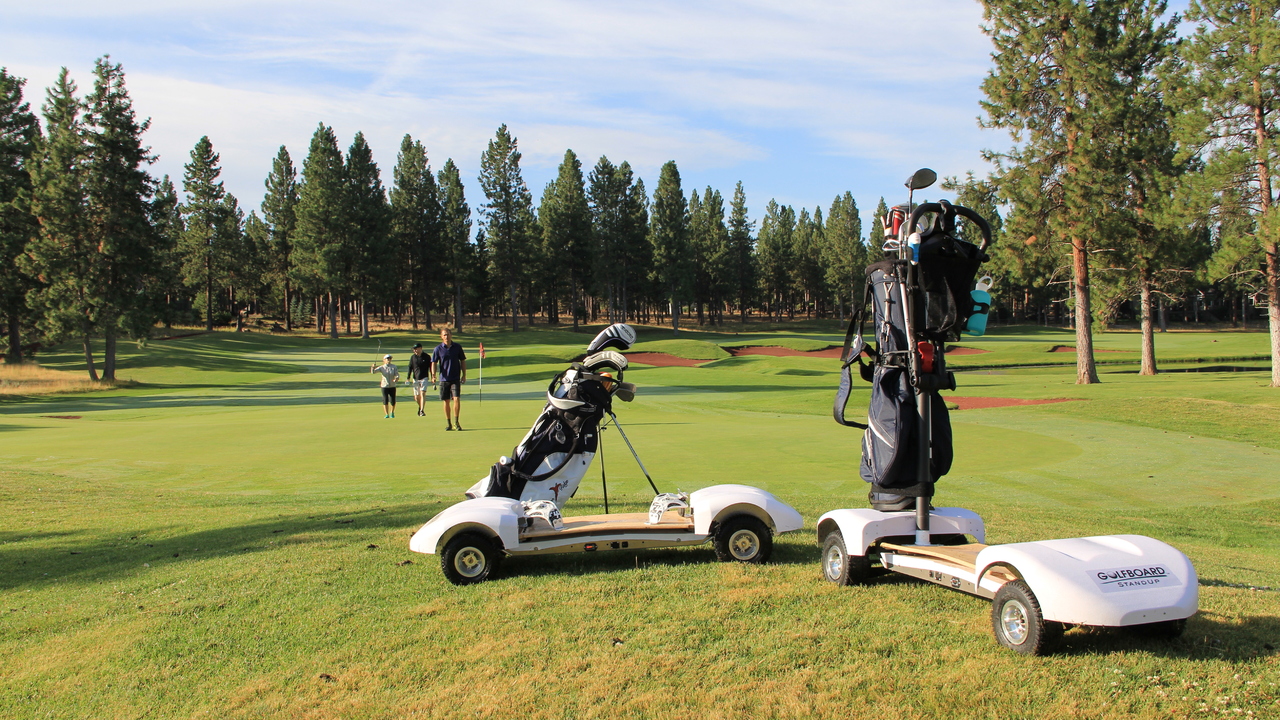 Discover Golf in a Whole New Way with GolfBoard

Introducing an electric long board to the traditional game of golf proved to be a recipe for success for Oregon-based company SolBoards after the GolfBoard Kickstarter campaign surpassed its funding goal.

GolfBoard allows riders to travel across the course at the same speed of a golf cart and experience the terrain like a surfboard. GolfBoard made its debut as a “new way to experience golf by ‘Surfing the Earth’” on fundraising website Kickstarter. The fundraising campaign closed raising 105% of its goal in just over two weeks.

After the Kickstarter campaign, SolBoards President and Co-Founder Paul Hodge was impressed by the response the GolfBoard received: “In two short weeks hundreds of golf courses, dozens of distributors all over the world as well as important golf industry contacts have reached out to us with interest to do business.”

SolBoards has built a national sales rep network to assist golf courses from coast to coast in purchasing or leasing GolfBoards for fleet rental programs. The company will continue to sell GolfBoards to consumers as well as international distributors interested in building similar golf course rep networks in their respective markets.

The four-wheel-drive, lithium-powered longboard caters to experienced riders and newcomers. GolfBoard’s removable standup handle bar/golf bag holder offers the inexperienced rider a balance point, a secured mount to attach a golf bag and an added bonus of having a drink and ball holder. Experienced riders can “Surf the Earth” on the golf course terrain like a surfer or snowboarder experiences waves and snow.