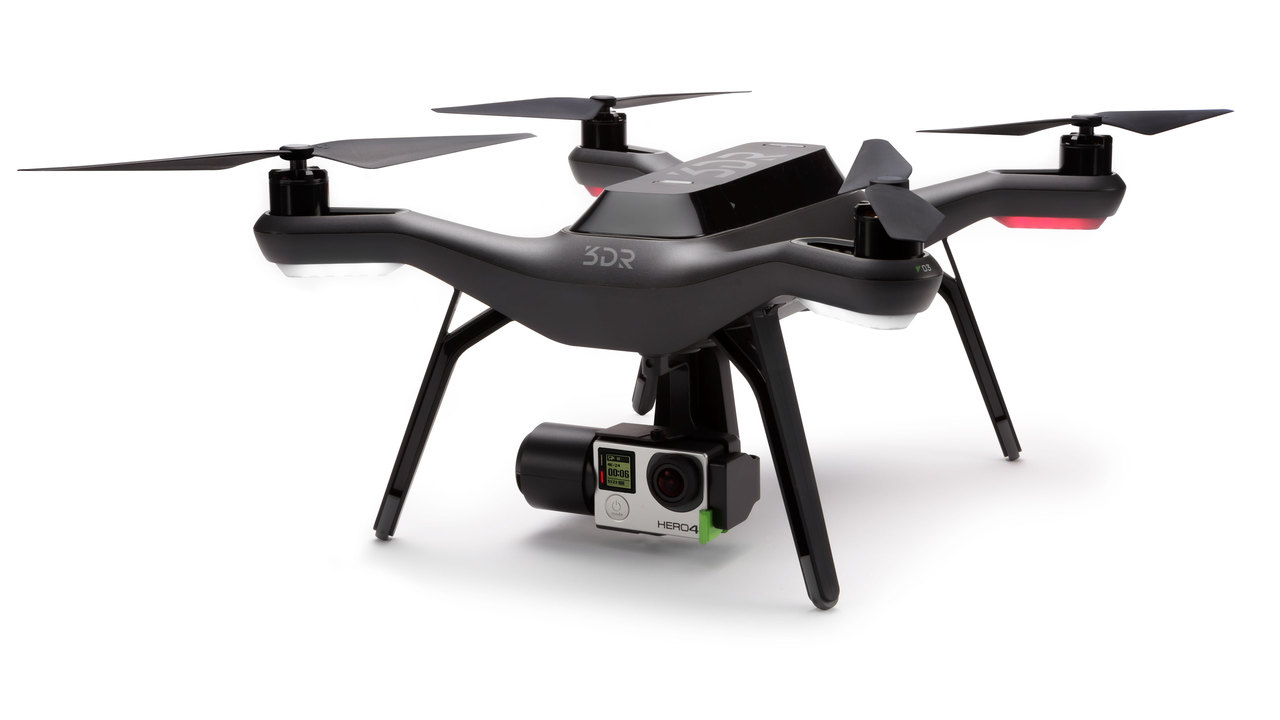 3DR has recently announced Solo, an all-in-one personal drone whose ease of use and powerful new features kick off a new aerial age. With computing power unmatched in the industry—from two integrated Linux computers, one on the craft and one in the controller—Solo delivers several world-first technologies, such as unfettered in-flight access to GoPro controls, including wireless HD streaming straight to mobile devices, and effortless computer-assisted Smart Shot flight features that allow even new pilots to capture professional aerial video from day one.

“We set out a year ago with the promise of not just creating the best drone, but the best overall aerial filmmaking experience imaginable. While this meant giving Solo smooth and powerful flight dynamics, it also demanded we make a smarter drone, one that could abstract users from flying so they can focus on getting great video,” said Colin Guinn, Chief Revenue Officer of 3DR. “What our users really want is great shots. They want professional tools that enable them to get those shots easily and consistently, right out of the box. Solo delivers on this promise: You get the shot, every time.”

“Solo will expand our concept of what a drone can be and do,” said Chris Anderson, CEO of 3DR. “Solo uses advanced autonomy to make creativity easier. Rather than needing skill to capture a great shot, you can let the software do the work. Even better, you can be in the shot—you can be the subject of your life’s story, not just the director.”

Solo will launch starting at $999 in over 400 Best Buy stores across the U.S., with immediate in-store availability on May 29th. Customers can take home Solo and immediately experience the thrill of capturing stunning HD aerial photography and videography with simple, out-of-the-box setup.