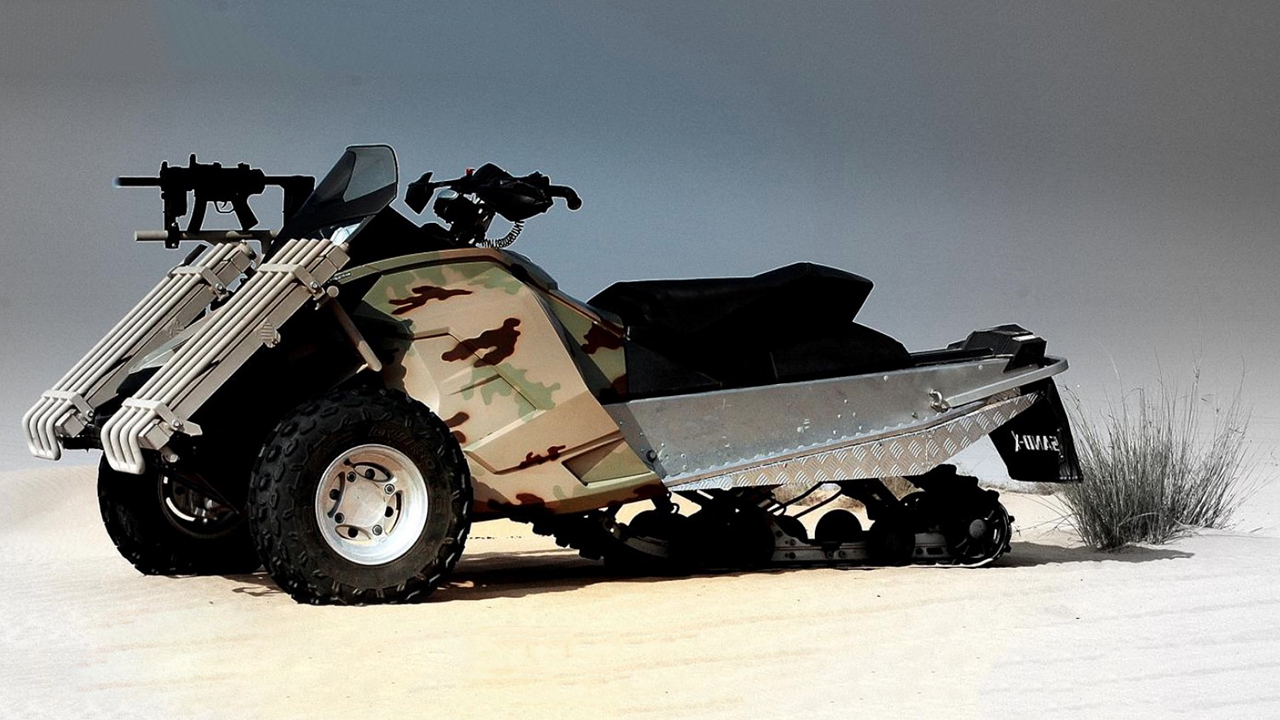 The T-ATV 1200 Tracked All Terrain Vehicle by Sand-X Motors - used by security forces around the globe - is the perfect vehicle for military and civil operations. It is an advanced land system vehicle engineered in Switzerland and one of the world’s fastest and safest off-road vehicles, designed to conquer rough terrain and extreme climatic environments. Sand-X T-ATV 1200 is an efficient vehicle for military and special operations. Streit Group, an armored vehicle manufacturer has also recently announced a strategic partnership with SAND-X Motors for the distribution of the Sand-X T-ATV 1200 all-terrain vehicle across the Middle East and Africa region and the production in the UAE of an fully Armored version of the product.

Traveling offroad at high speed enables security teams or special forces units to save time, effectively chase fleeting targets and control larger areas with fewer forces. The vehicle accelerates from 0 to 100 km/h in less than three seconds, and can reach a top speed of 185 km/h cross country. The T-ATV 1200 can be operated on all terrains including the safe operation on sand, snow, roads, rocky terrains and many other most difficult surfaces. It can carry a payload up to 350 kg and equipped with an extra strong cooling system supporting operations in tropical/desert conditions.