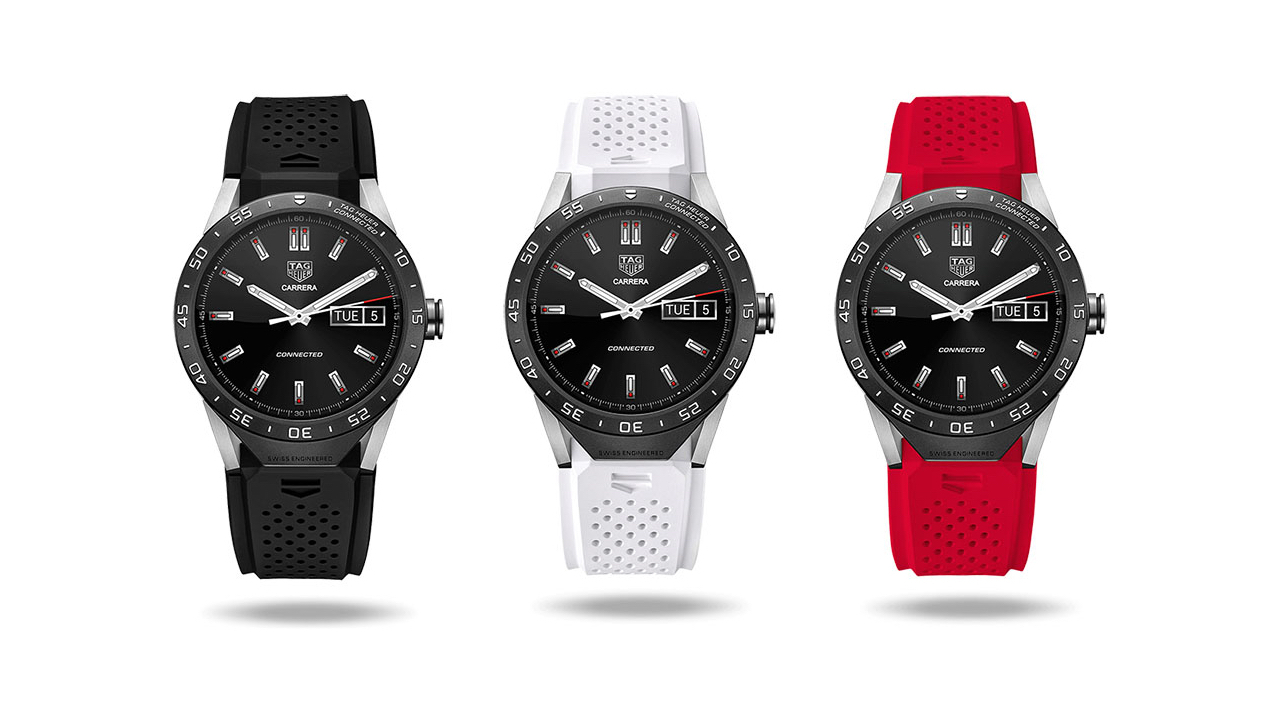 TAG Heuer, Intel Corporation and Google unveiled a connected watch, designed by Luxury Swiss watchmaker TAG Heuer, engineered with Intel technology and benefiting from everything the Android Wear universe has to offer.

The TAG Heuer Connected Watch with Intel Inside was revealed at a press conference at the symbolic LVMH Tower hosted by Jean-Claude Biver, CEO of TAG Heuer & President of the LVMH Group's Watches Division this past November, accompanied by Brian Krzanich, CEO of Intel Corporation, and David Singleton, VP of Engineering for Android at Google.

What is the TAG Heuer Connected Watch?
The TAG Heuer Connected Watch with Intel Inside is a luxury watch that benefits from over 150 years of Swiss expertise, savoir-faire and heritage as cultivated by TAG Heuer, a watch manufacture based in La Chaux-de-Fonds, the cradle of Swiss watchmaking and a UNESCO World Heritage site set at an altitude of 1000 metres, in the middle of Alpine pastures and mountains.

Here, watchmakers have been spending the winter in their workshops (in summer, they farm in the pastures) since the 18th century, inventing incredible watches, which have built the unique reputation and extraordinary image of quality and exclusivity that Swiss watches enjoy the world over. For more than 150 years, TAG Heuer has been inventing and manufacturing elegant sports watches in the city, including some of the most accurate chronographs produced by the Swiss watch industry.

At 46 mm in diameter, the design of the TAG Heuer Connected is primarily that of a true chronograph, with a case, back and lugs made from grade 2 titanium, a contemporary material ensuring the watch is lighter and more resistant to impacts than a traditional material such as steel or gold. Completed by a textured black rubber strap (six other colors – red, blue, white, orange, green and yellow - are available, sold separately) with a deploying buckle made of grade 2 titanium as well, it has all the elegance, characteristics and level of finish expected from a fine wristwatch. The price is set at 1500 USD, 1'350 Euros, 1'400 CHF, 1'100 GBP.

And in more recently news TAG Heuer unveiled the first fruits of a collaboration with brand sports ambassadors Tom Brady, Jeremy Lin and Giancarlo Stanton that is as exclusive as it is groundbreaking. Each in his own way, these four stars of the world of sports in the US, and TAG Heuer Brand Ambassadors became involved in the adventure that is the “TAG Heuer Connected” watch and designed a watch face which is not only personalized and exclusive, but also contains cues to their individual sports universe.

These first personalized original watch faces were exclusively developed for the TAG Heuer Connected watch and will be available as of January 20th through the TAG Heuer app on the Google Play Store.

The TAG Heuer Connected is a true watch, both in terms of its appearance, with its watch faces and its minute tracks, but also in its "interactive counters," thanks to the unique way in which its applications are displayed.

The principle is simple: the dial and the hands remain, while the most pertinent information from partner applications is elegantly displayed inside the three counters on the chronograph dial at 12, 6 and 9 o'clock, completely integrated into the watch's aesthetic environment.