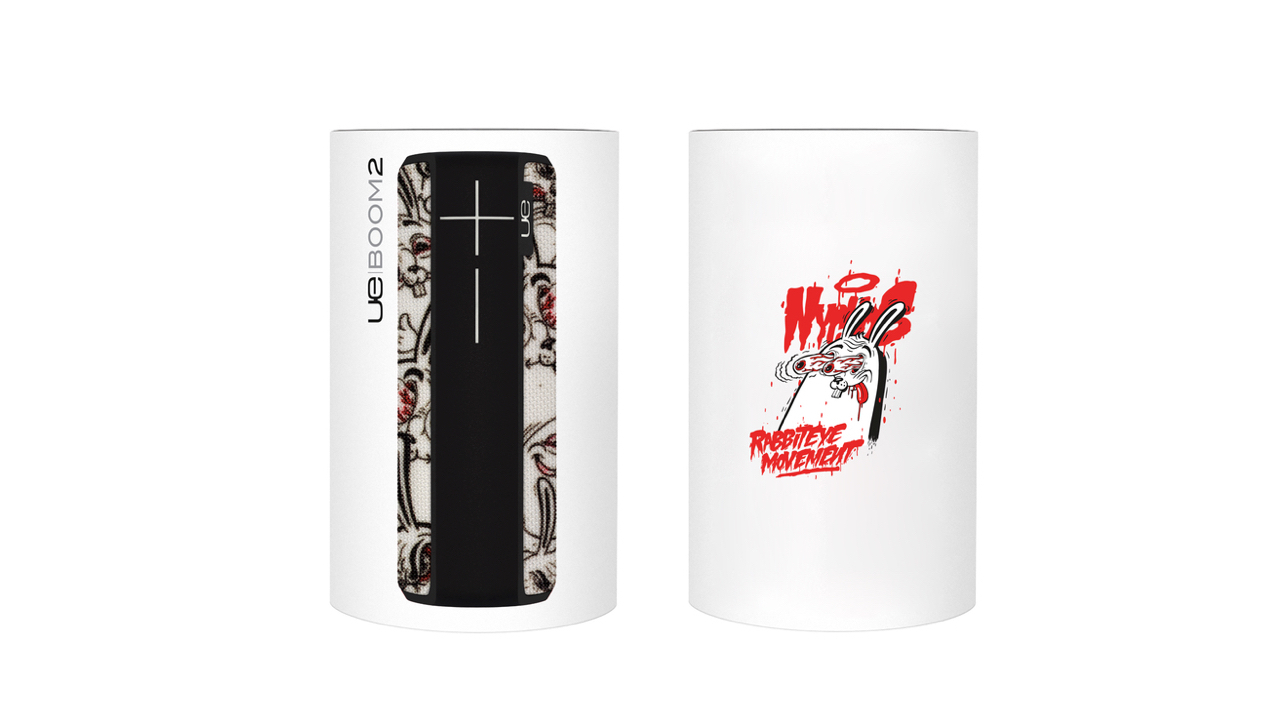 “Through my art movement, I try to encourage urban art and those behind it,” Nychos said. “By collaborating with Ultimate Ears, it’s awesome to bring street art to a speaker that then brings music and ultimately creative inspiration to the world.”

His reimagined anatomical dissections and cross sections have defined his work as an urban artist and his Rabbit Eye Movement – a movement Nychos started to nourish urban art. Nychos’ distinctive style draws inspiration from his background growing up in a hunting family in Austria, coupled with his childhood interests in cartoons and heavy metal music.

Since 2013 UE has been one of the only brands to bring art onto its products by working with stand-out artists, giving them an opportunity to use the acoustic skin as their canvas. Through such collaborations, Ultimate Ears celebrates mixing art and music by bringing them together, out in the world.

“Nychos is always finding ways to stay fresh and wild in his art; he doesn’t keep his art on a wall in a room; he takes it to the streets and shares it with people,” said Rory Dooley, general manager of Ultimate Ears. “We want people to do the same with their music by being bold and taking music everywhere. We’re thrilled to work with an artist who has the same vision.”