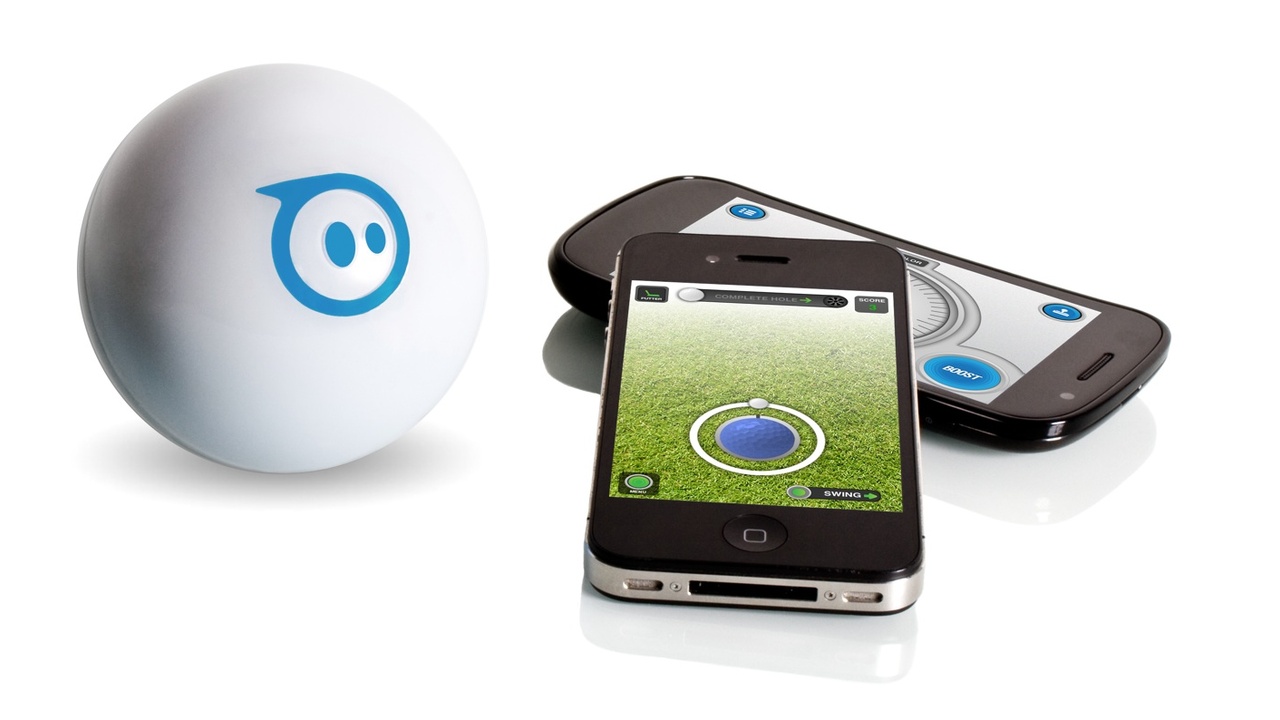 Sphero is a completely new type of gaming system. It's the world's first robotic ball that you control with a tilt, touch, or swing from your smartphone or tablet. Sphero is an Orbotix Smart Robot on the inside and an opaque, high-impact polycarbonate shell on the outside. It's even waterproof. You can drive Sphero, play tabletop and multiplayer games, hold Sphero in your hand to use it as a controller for on-screen gameplay, learn basic programming, and even explore augmented reality.

With speeds of up to 3ft per second and a 50ft plus range, Sphero's Bluetooth connection makes him ready to play as fast as you can launch an app. He also glows in thousands of colors. Over an hour of full throttle play with cable-free induction charging. Simply set Sphero in his cradle to recharge.