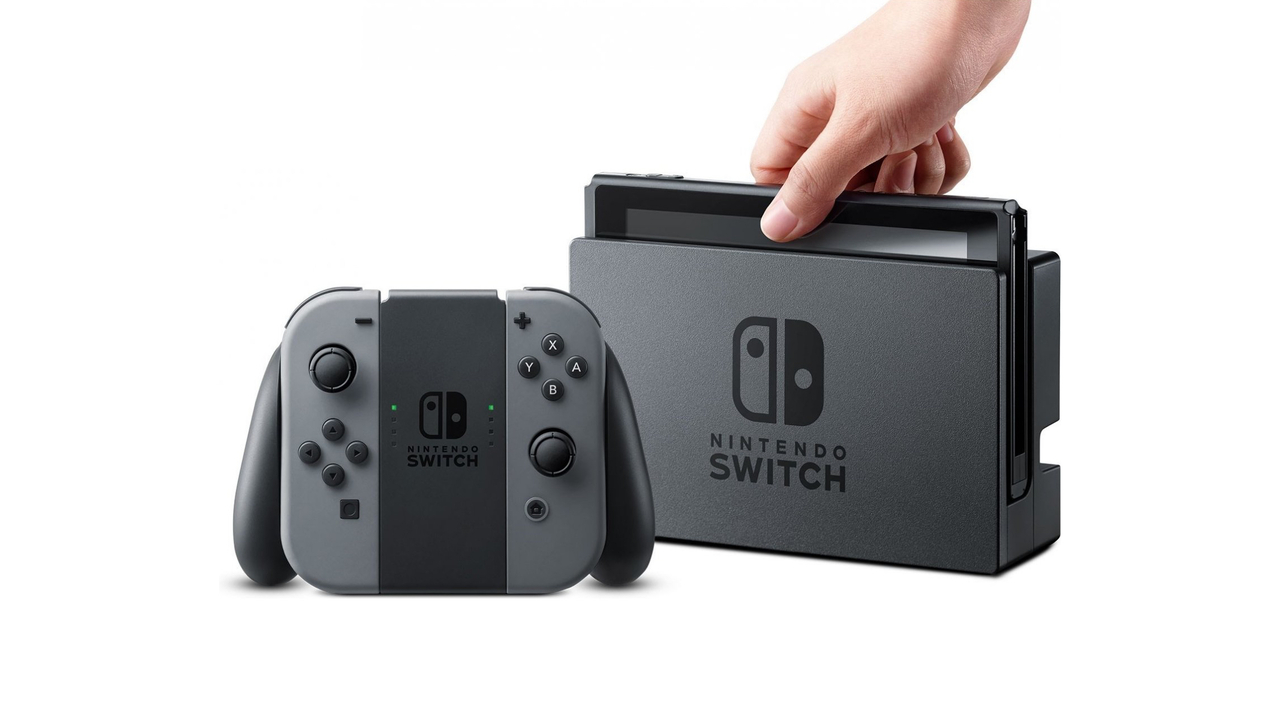 Nintendo has announced that the new Nintendo Switch system will launch worldwide on March 3rd at a suggested retail price of $299.99 in the United States.

The system will include the main console, Joy-Con (L) and Joy-Con (R) controllers, a Joy-Con grip (to which two Joy-Con are attached and used as one controller), a set of Joy-Con wrist straps, a Nintendo Switch dock (which holds the main console and connects it to a TV), an HDMI cable and an AC adapter. Two stylish versions of the system will be released: a version with a set of gray Joy-Con, and a version with one neon blue and one neon red Joy-Con. Both versions will be the same price.

“Nintendo Switch is a brand-new kind of home gaming system that offers a wide variety of play modes,” said Nintendo President Tatsumi Kimishima. “We will introduce the world to new experiences made possible by the unique characteristics of the Nintendo Switch hardware and the Joy-Con.”

Nintendo Switch is a breakthrough home video game system. It not only connects to a TV at home, but it also instantly transforms into an on-the-go handheld using its 6.2-inch screen. For the first time, players can enjoy a full home-console experience anytime, anywhere. The screen includes capacitive multi-touch capabilities for compatible games. Battery life can last for more than six hours, but will vary depending on the software and usage conditions. For example, The Legend of Zelda: Breath of the Wild can be played for roughly three hours on a single charge. While away from home, Nintendo Switch can be charged by plugging the AC adapter into the console’s USB Type-C connector.

The versatile Joy-Con offer multiple surprising new ways for players to have fun. Two Joy-Con can be used independently in each hand, or together as one game controller when attached to the Joy-Con grip. They can also attach to the main console for use in handheld mode, or be shared with friends to enjoy two-player action in supported games. Each Joy-Con has a full set of buttons and can act as a standalone controller, and each includes an accelerometer and gyro-sensor, making independent left and right motion control possible.

Nintendo Switch also contains a number of built-in features that make it more interactive. The left Joy-Con has a Capture Button that players can press to take instant screenshots of gameplay to share with friends on social media. The right Joy-Con includes an NFC touchpoint for interaction with amiibo figures, as well as an IR Motion Camera that can detect the distance, shape and motion of nearby objects in specially designed games. For example, it can tell how far away a player’s hand is, and even if the hand is forming a rock, paper or scissors shape. Both Joy-Con include advanced HD Rumble, which can provide compatible games with subtle vibrations that are much more realistic than before. The effect is so detailed that a player could, for example, feel the sensation of individual ice cubes colliding inside a glass when shaking a Joy-Con. With HD Rumble players can experience a level of realism not possible through sights and sounds alone.

Nintendo Switch makes it easy for players to stay connected. Up to eight systems can be connected for local wireless play. The player can place the system upright anywhere by using the built-in stand, then easily share Joy-Con for multiplayer fun away from the TV. The system will support online Wi-Fi multiplayer gaming. Nintendo also unveiled a new online subscription service that will begin with a free trial at launch. The service includes a smart-device application available in Summer 2017 that will let users invite friends to play online, set play appointments and chat with one another as they play compatible games. The fully featured paid service will be available in the fall.

Nintendo Switch will be supported by world-class third-party publishers including Activision Publishing Inc., Electronic Arts, Take-Two Interactive, Ubisoft, Warner Bros. Interactive Entertainment and major Japanese publishers. Some publishers, such as Bethesda Softworks, are joining Nintendo for the first time. Players can look forward to major franchises on Nintendo Switch such as EA SPORTS FIFA, The Elder Scrolls, NBA 2K, Minecraft and more. Nintendo Switch software will not be region locked.

The unique capabilities of the console and Joy-Con have combined with innovations from past systems to create Nintendo’s most flexible, feature-packed video game system ever. This is demonstrated by the wide variety of unique games that were announced for launch day, this summer and into the 2017 holiday season, from both Nintendo and its third-party partners. From the engrossing open-air experience of The Legend of Zelda: Breath of the Wild to the party fun of 1-2-Switch, Nintendo Switch offers something for everyone.