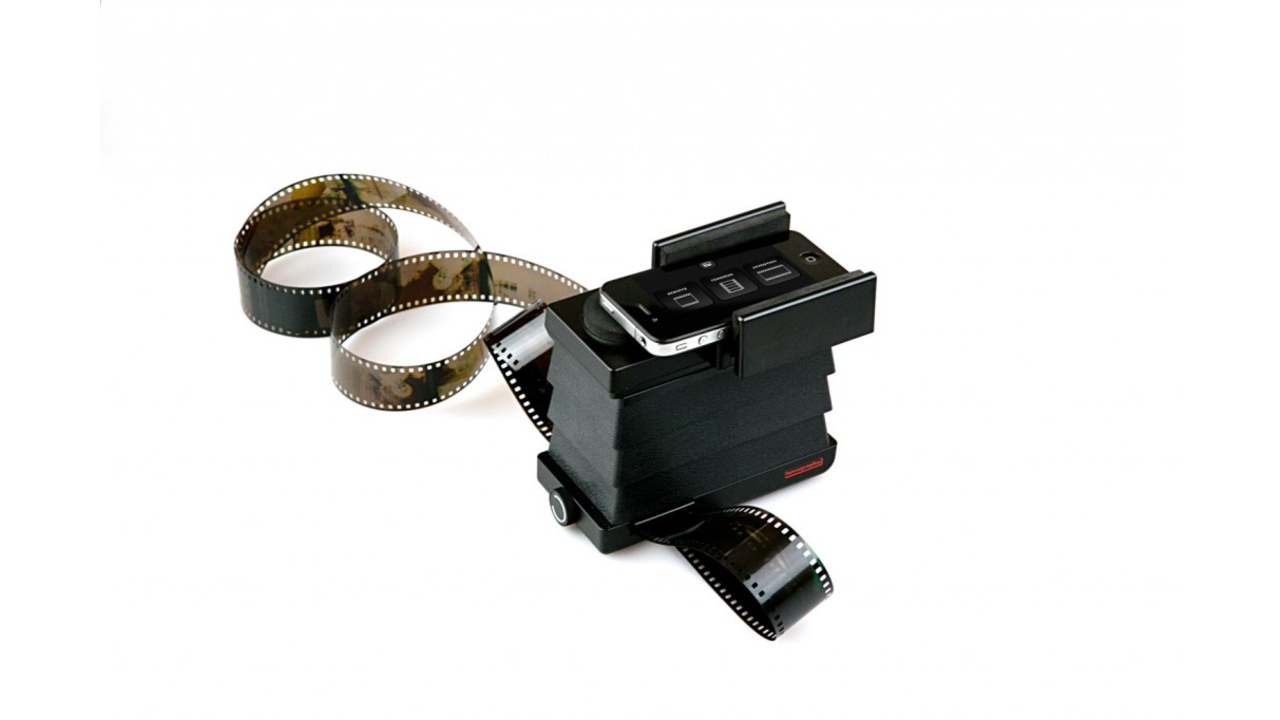 Many of us still shoot analog photos or have heaps of 35mm film lying around at home. Maybe you have a collection of funny photos from when you were young or even funnier photos of your parents when they were young. Wouldn't it be great if you could share all those old memories in an instant? Lomography has developed the Lomography Smartphone Film Scanner for this very reason; it’s a brand new way to scan your 35mm stills and the perfect tool for analog photographers and retro-enthusiasts.

Simply turn on the Smartphone Film Scanner back-light, insert your film, take a photo of it using your Smartphone and use the included App (iPhone and Android versions available) to edit and share. In an instant, you’ll end up with a digital version of your film which can be archived, emailed, posted on social media sites or printed. The Smartphone Film Scanner was conceived as a way to offer photographers and enthusiasts a quick, easy and portable way to scan 35mm films. It offers unrivaled speed and convenience when compared to other film scanners. In addition, the scanner will work with a free integrated Lomoscanner App, which allows you to easily edit and share your scans.