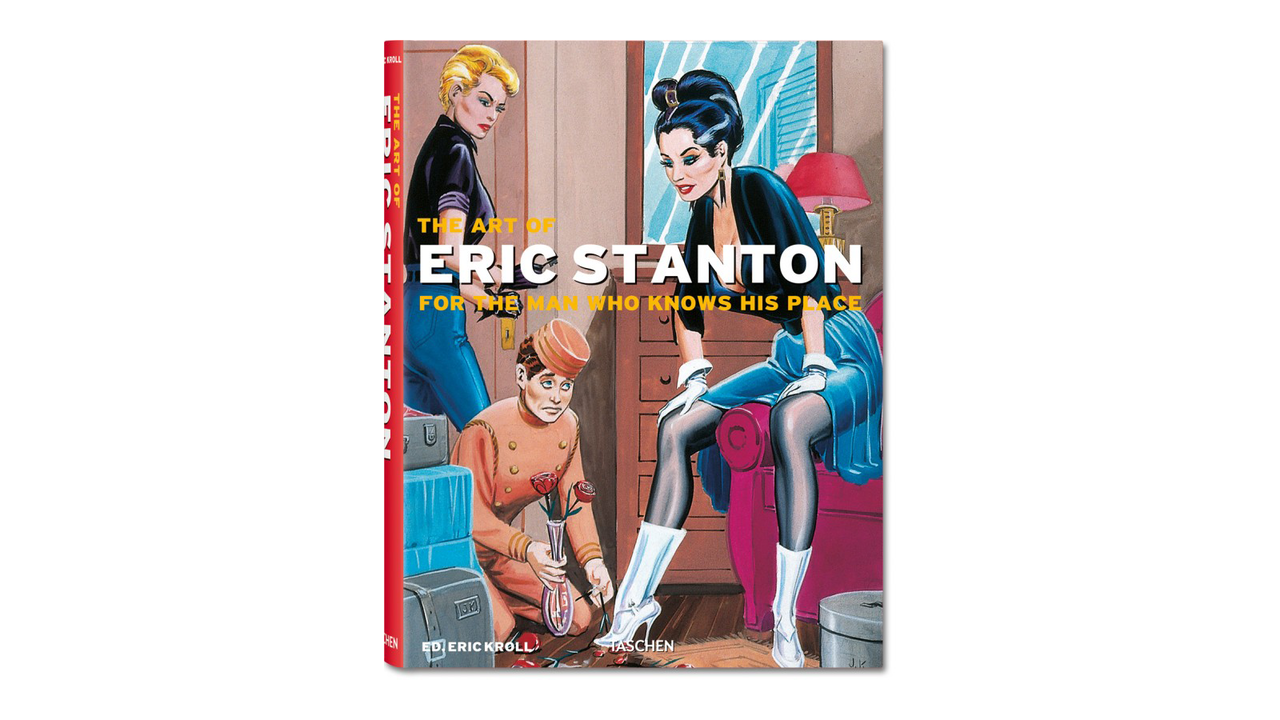 The Art of Eric Stanton: For The Man who Knows His Place

Eric Stanton (1926-1999) has been called “the Rembrandt of Pulp-Culture” and it’s not hard to see why—he is perhaps the brightest star of his genre. His imaginative, detailed full-color comic strip narratives picture buxom, leggy femmes fatales having their way with tied-up, handcuffed, or simply awestruck men. Stanton’s imagery is either an empowerment of female sexuality or a caricature of female-domination fantasy—depending on whom you ask—but there is no doubt that in Stanton’s world, women rule the land.

This retrospective volume covers Stanton’s work from the late 1940s until the 1990s, including over 500 comic strips, single illustrations, and magazine covers. Also featured is an in-depth introductory text exploring Stanton’s life and work by photographer Eric Kroll.