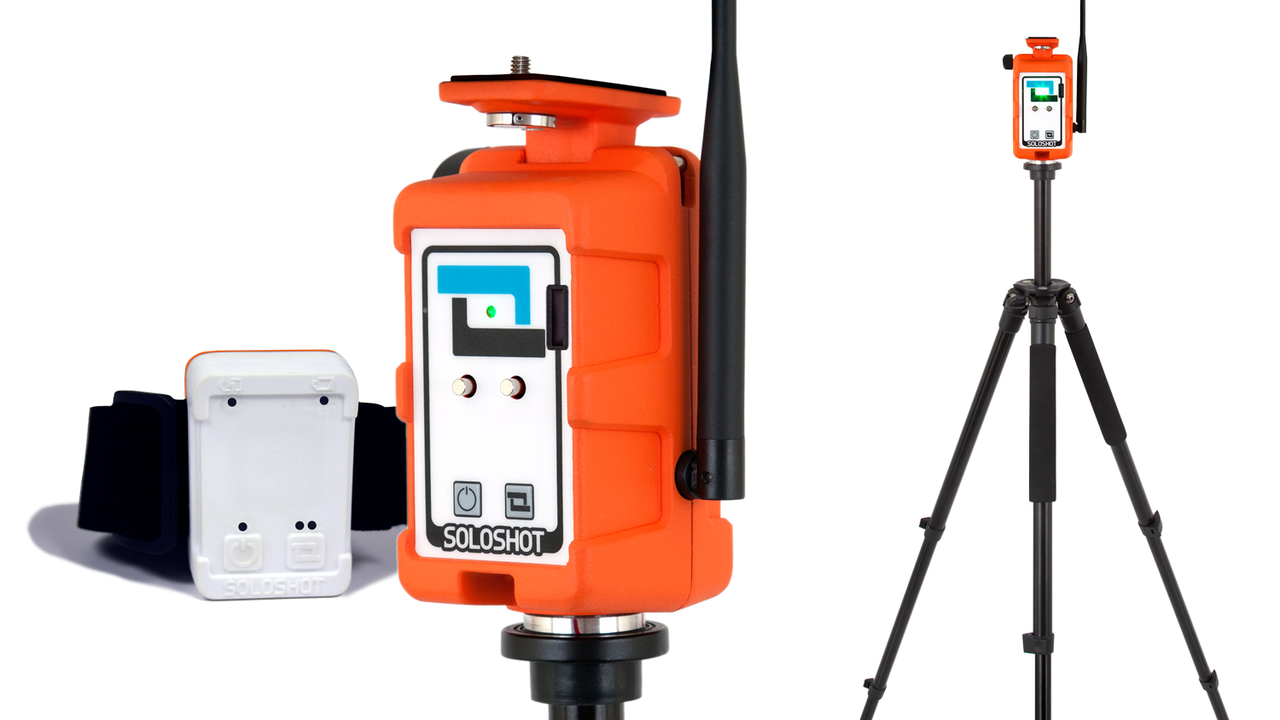 With SoloShot doing all the filming, you can re-live and share great moments, waves, jumps and tricks. Pass the transmitter to your friend for a bit and they can get some footage too. The best part? No one has to stand on the side of the action holding a camera all day!

Features
● Tracks at distances up to 2000 feet (half a kilometer).
● The maximum pan speed is over 40 degrees per second.
● The fastest object tested so far was a race car going 143 mph.
● Batteries last 5+ hours.
● A super bright tracking LED lets you know SoloShot is pointing at you.
● A security feature gives you an access point to lock your camera to the Base,
and the tripod can be locked to stationary objects (the same as you would lock up a bicycle).
● The pairing process allows multiple people to each use their own SoloShot near each other.
Each Base will only follow the transmitter that it is paired to.