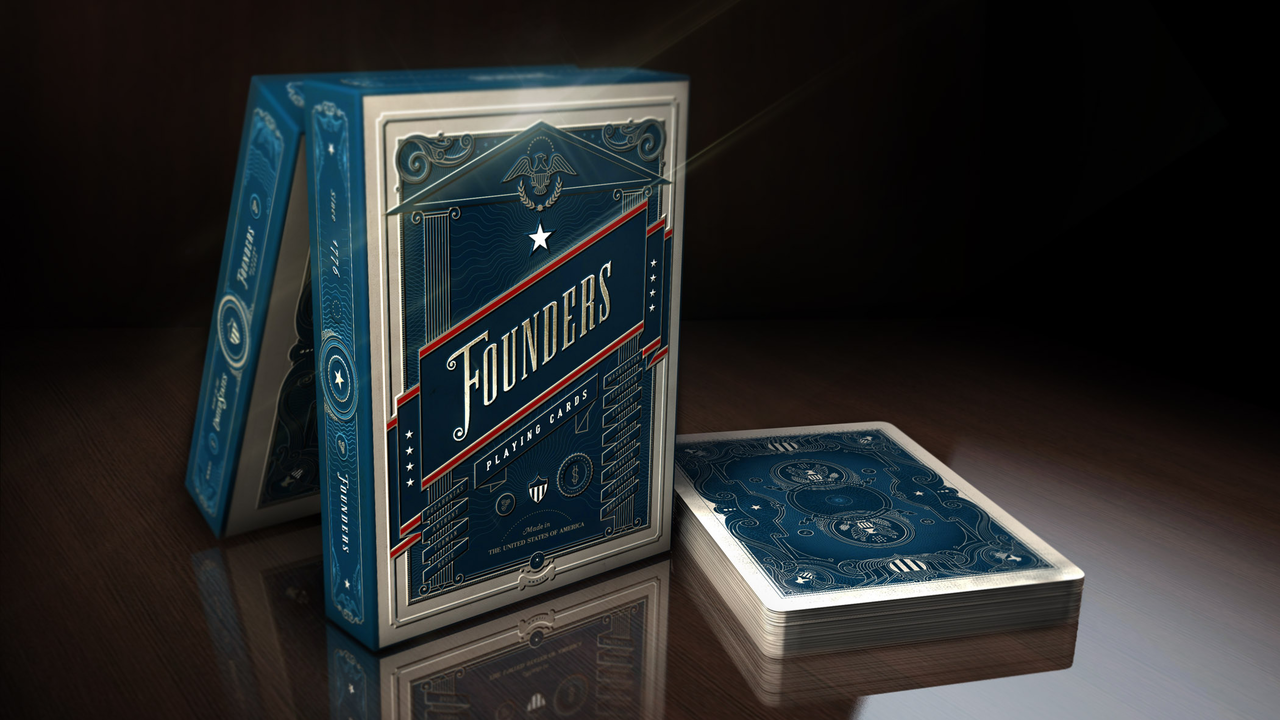 Founders Playing Cards are an independently created and crafted American deck, honoring twelve of the most inspiring & influential founders of modern day United States, designed in a neoclassical style reminiscent of architectural, monumental & engraving work from the documents & currency of our nation’s history. Before the founding of America, the classical world used each suit to represent a different social class. The Founders deck is structured on a model using these classical archetypes of Nobility (Spades), Clergy (Hearts), The People (Clubs), and Merchants (Diamonds). Each Founder is seen brandishing their own unique element, representative of their role as a founder and the legacy they have left behind as our inheritance. There are two unique Jokers, featuring Uncle Sam carrying the Stars & Stripes in flight upon his Eagle, while clutching a banner bearing the Latin phrase ‘Annuit Cœptis’ (He favors our undertakings). One card views this scene from a distance, while the other is simply a close up on Uncle Sam’s face and crops the background. The Bill of Rights card can be kept with the deck or carried around as a pocket reference of the first ten amendments to U.S. Constitution.