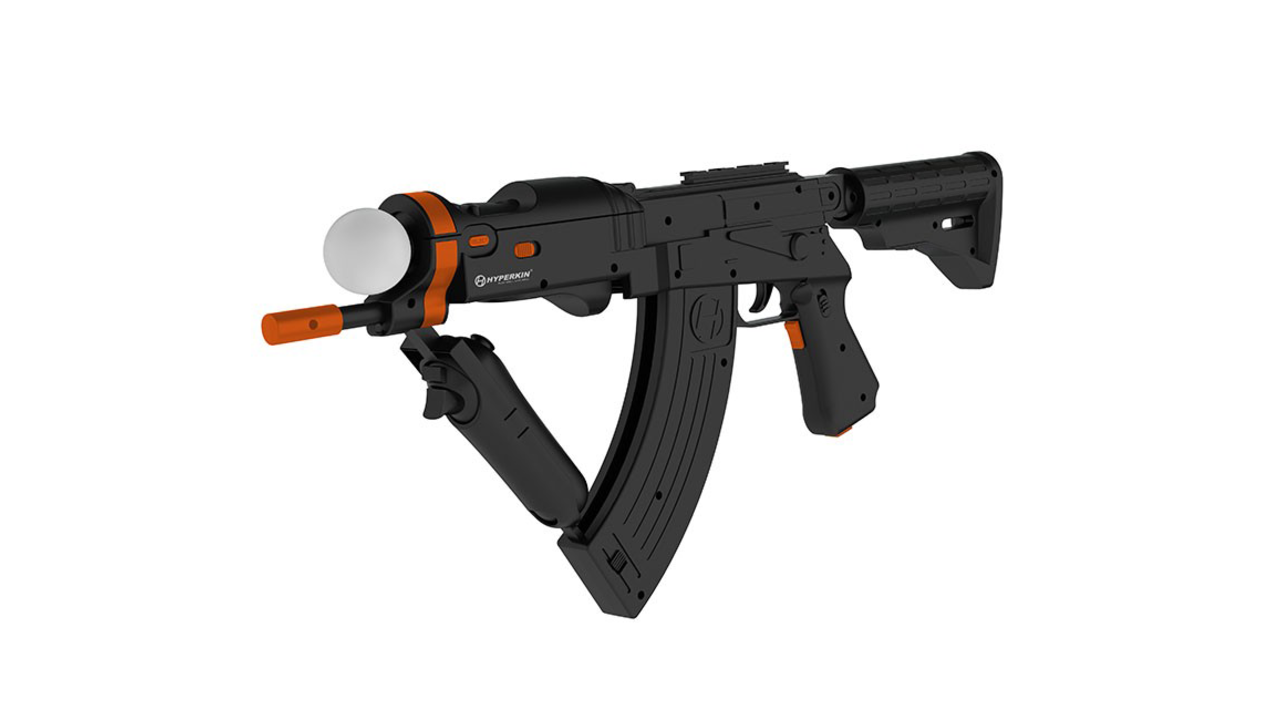 Hyperkin has stepped up to meeting gamers’ demands for more realistic first-person-shooter gameplay by releasing the AK Striker, a Playstation Move control attachment designed to replicate an AK-47. With games like Goldeneye 007: Reloaded and Resistance 3 consistently topping bestseller-lists months after initial release, it is clear gamers are eating up every realistic shooting game they can get their hands on. The AK Striker capitalizes on that demand by giving gamers the ability to play shooting games with the realistic feel of wielding the world’s most popular gun. The tentative release date for the AK Striker is April 1st.

The AK Striker features a retractable rear stock, a collapsible navigation controller cradle, the full complement of buttons on a standard PS3 DualShock controller, and a firing mode selector. Players can wield the AK Striker like a full rifle with the shoulder attachment on or a submachine gun with the shoulder attachment off. The AK Striker is designed to work with Playstation Move games like Resistance 3, Time Crisis 4, and the upcoming Resident Evil: Operation Raccoon City.

“The Hyperkin AK Striker was designed with the aim of providing the most authentic and customizable Move shooting experience possible,” said Steven Mar, Hyperkin’s Business Director, “By providing an easy-to-use control scheme on the gun. we’ve given the user the ability to play PS3 Move shooters with the feel of being right on the battlefield.”