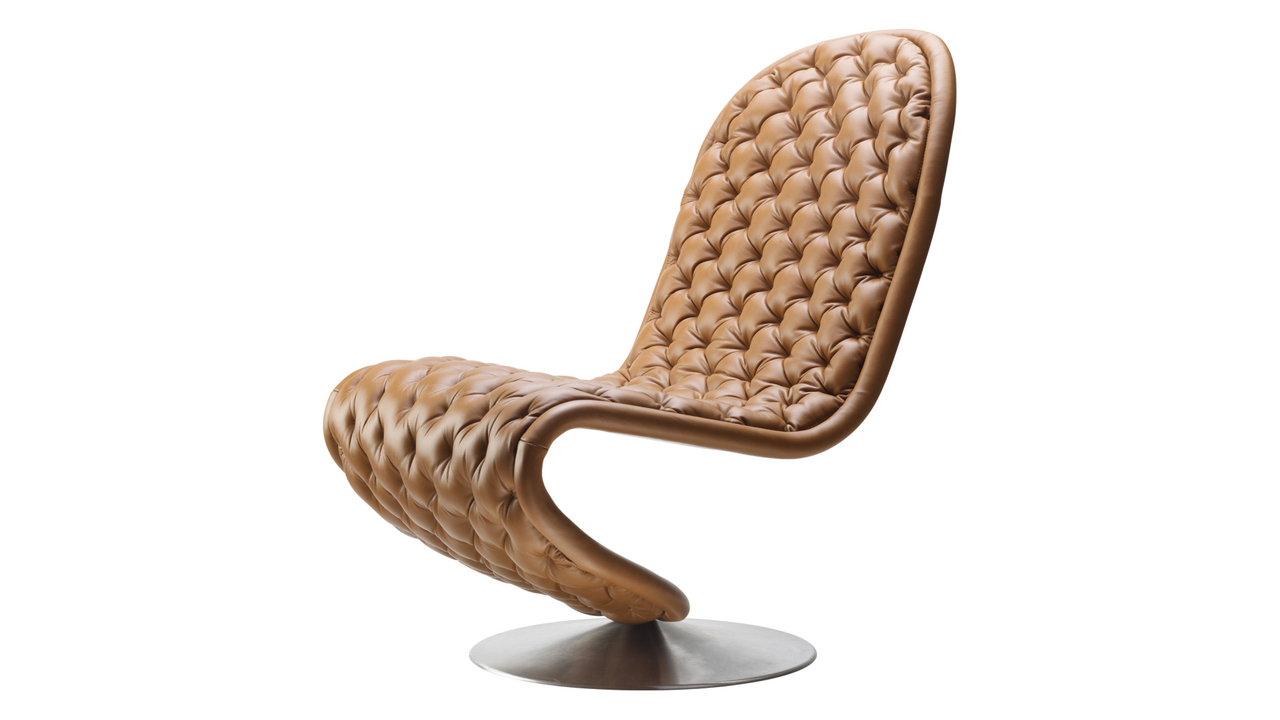 Verpan has introduced two chairs from the original 1-2-3 series designed by Verner Panton in 1973. The series originally comprised 20 different models with variations in seat height, arm rests and feet. The public was very enthusiastic about the chairs at the time, and one critic wrote: "It (ed. the furniture series) will be a milestone in future furniture design "¦ We have never before seen chairs designed and built like the 20 models that make up this series".

The new series includes a dining room chair and a lounge chair - both models are available in a standard version made from moulded foam rubber upholstered with fabric and a deluxe version in leather. The original commission was to design a furniture programme that combined a series of different functions with the basic requirement of good sitting comfort. The chairs should also have a simple and natural design, so they could fit into any environment as a functional element.

It took Verner Panton three years to develop the series, and the result was a unique chair concept where Panton worked systematically with design and function based on a defined theme, which he described as follows: "I wanted to design furniture that grows up out of the floor - to turn the furniture into something organic and never with four legs."

The chair originally featured a light frame construction made from steel upon which fabric could be mounted. In the new version, Verpan has used foam rubber for increased sitting comfort and to ensure a tight and even upholstering. Verpan intends to add more models to the series over the next few years.