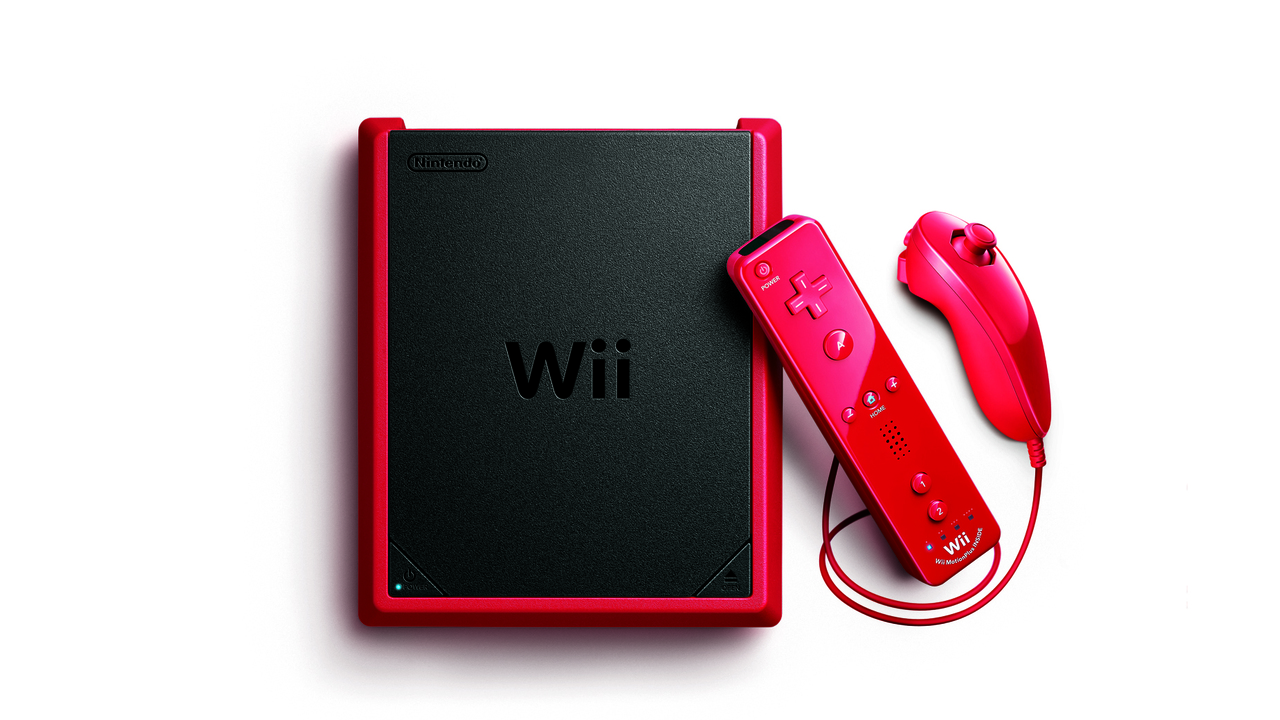 Wii Mini is smaller than the original Wii, and comes in matte black with a red border. Included with the console are a red Wii Remote Plus and a red Nunchuk controller, with Wii Mini also being compatible with most existing Wii accessories.

With a family-friendly design offering no internet capabilities, Wii Mini allows you to jump straight in and experience all the great Wii games from the last six years since the Wii console first launched. To coincide with the launch of Wii Mini, Nintendo also added to the existing range of Nintendo Selects titles, offering great value for everyone to enjoy classic Wii games. While Nintendo Selects games such as The Legend of Zelda: Twilight Princess, Super Mario Galaxy and Animal Crossing: Let's Go to the City are already available, other classic Wii titles being added to the Nintendo Selects roster in time for the launch of Wii Mini include –

Mario Party 8 – Everyone can get in on the fun with Mario Party 8 on Wii Mini. Use the Wii Remote to twist, turn, lasso and row your way through six game boards and dozens of thrill-packed minigames.

Wii Sports Resort - Wii Sports Resort took the inclusive fun and intuitive controls of the original Wii Sports to the next level, introducing a whole new set of entertaining and physically immersive activities. With the deep control enhancements available through using the Wii Remote Plus, newcomers to this game can enjoy unprecedented gaming precision as they cruise on a water scooter, duel with swords, toss flying discs and much more.

Mario Power Tennis - Power up your tennis game on Wii Mini by swinging the Wii Remote to smack powerful forehands, backhands and lobs. You can take on the role of your favourite Mario characters and play on imaginative Mushroom Kingdom courts, including a court littered with famous Mario-style power-ups. As you win tournaments, clear minigames or challenge Gimmick Courts, you will unlock new characters, courts and challenges. Bring some friends because up to four players can compete in wild multiplayer tennis matches.

Super Paper Mario - Princess Peach needs to be rescued from an evil kidnapper - and Bowser isn't to blame! You can take control of Mario, Luigi, Bowser and Princess Peach – who escaped by herself after she had been kidnapped – to overcome the evil Count Bleck in an action adventure game that mixes traditional side-scrolling 2D platforming with 3D exploration and puzzle-solving.