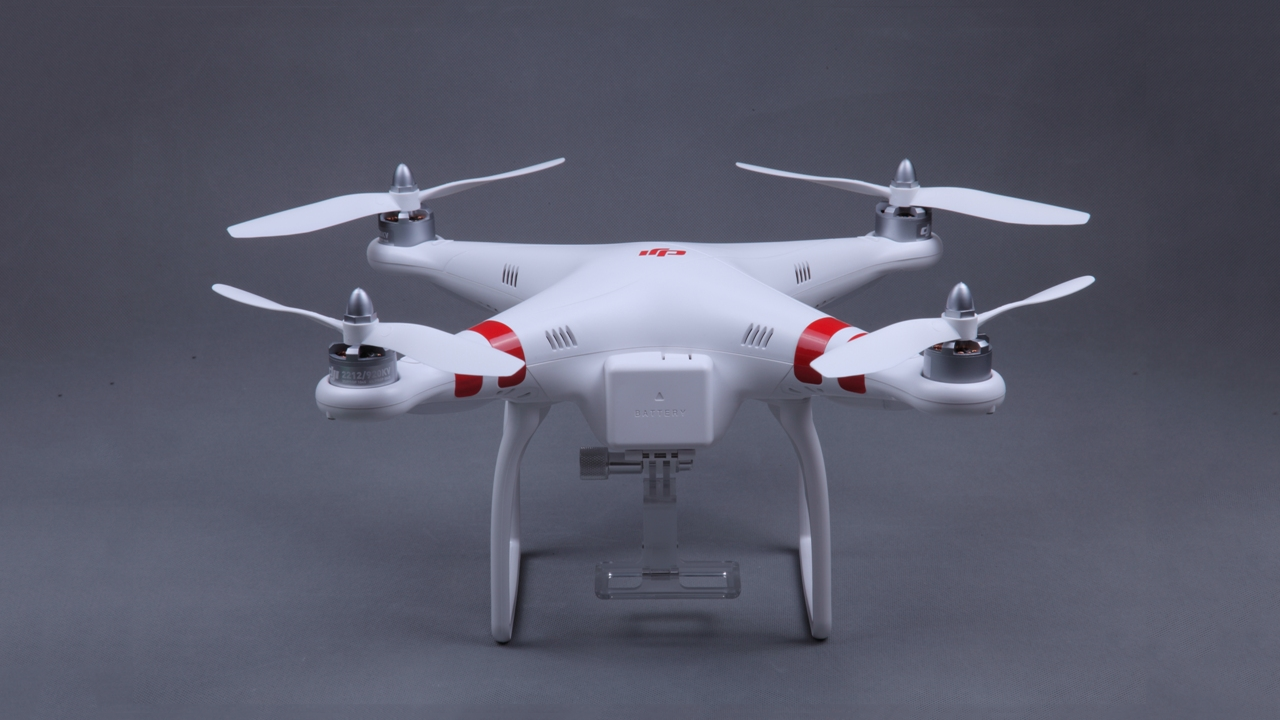 Charge the LiPo battery, mount your GoPro camera, and install 4 AA in the transmitter and you're ready to film - that's it - that quick! This kit comes with everything you need to start Aerial Filming using your GoPro camera.

A compact and highly integrated design means that it is easier for you to pack it into your backpack. The streamlined design brilliantly reflects the aesthetics of its industrial design and the fantastic visual effects allows you to become the focus of the crowd. Moreover, you can mount a GoPro or other light and handy cameras on your Phantom to shoot some footage from the air.

Failsafe & auto go home/landing: Phantom also has the failsafe function of the Naza-M autopilot system. This means when the communication between the Main Controller and the transmitter is disconnected, the outputs of all command sticks from controller will go to the center position. If the GPS signal is good enough, the system will automatically trigger Return To Home and landing safely.