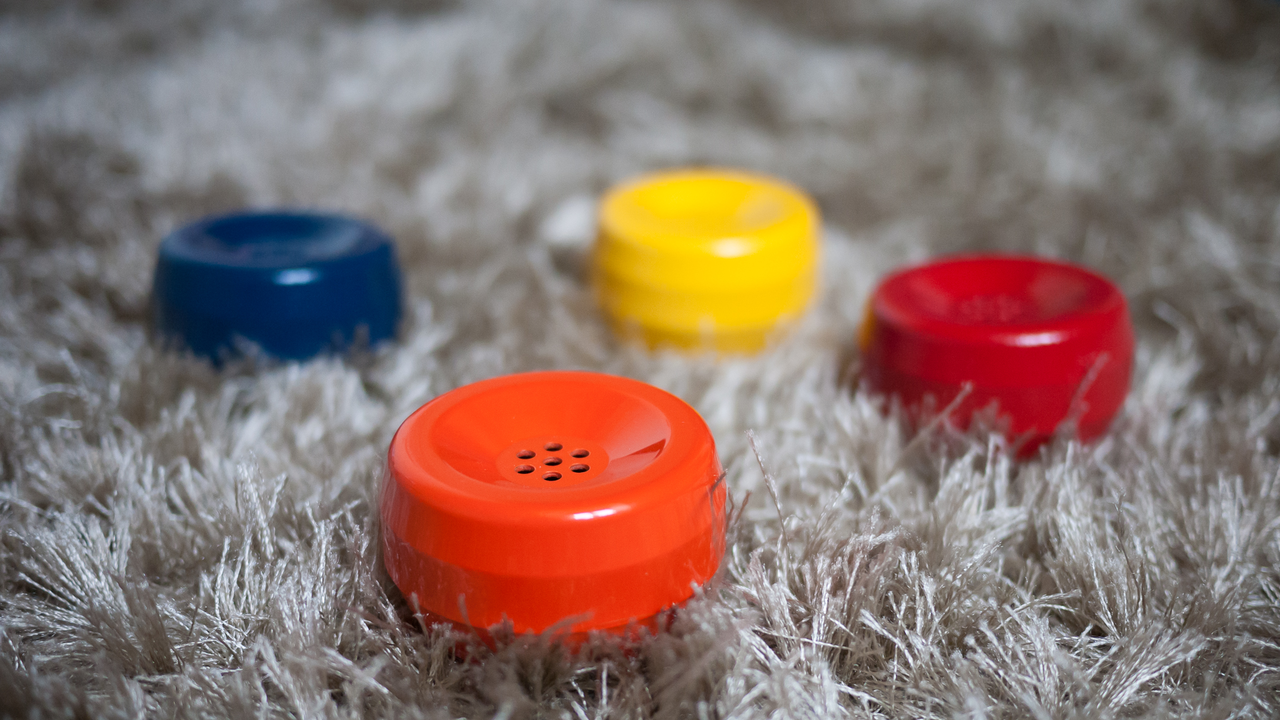 TeleSound: A Speaker Containing Over 1,000 Sounds

TeleSound is a new way to communicate with your friends and family in a casual or exclusive way, by simply using sounds. It’s great to send sweet thoughts to your loved one, poke friends, share your feelings, surprise your cat, play with your kids or annoy your colleagues!

TeleSound contains over 1,000 sounds carefully designed to express a wide range of emotions and situations. From fun to poetic, from meaningful to musical. The sound vocabulary is based on the standardized Emojis - which are an extended set of emoticons originally coming from Japan. Every sound corresponds to one Emoji and is graphically represented by it. TeleSound is full of surprises: most sounds have variations, so you don’t hear exactly the same sounds all the time, and certain sounds combine into composite sounds. For example, when you send several laughs in a row, they will combine into a gigantic laugh.

TeleSound is powered by 2 standard AAA batteries that last for months, depending on your usage. The TeleSound app runs in the background of your smartphone or tablet has also been carefully optimized to save your device's battery life.