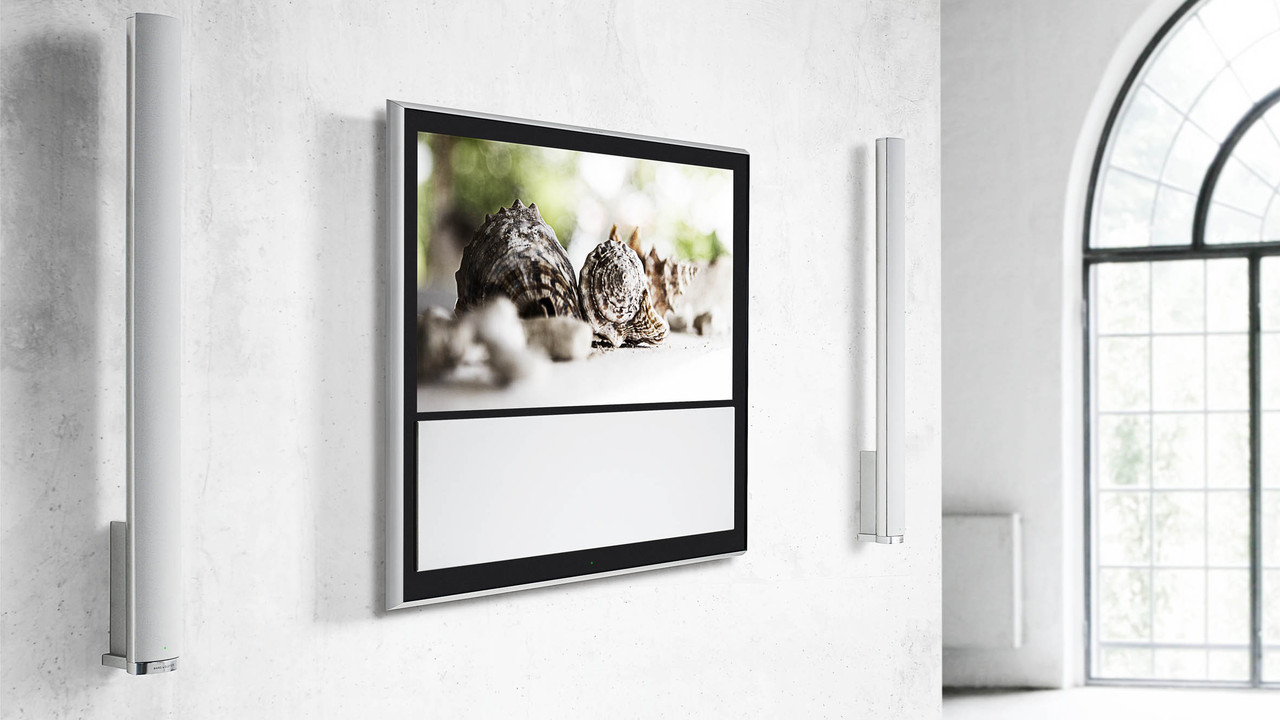 Prepare to be awed by BeoVision 10 – a staggeringly beautiful flat-screen television, designed to grace your wall like a work of art. Flat on the wall, but big on sound, BeoVision 10 comes with powerful acoustics and incredible surround sound capabilities. Let your eyes soak in the sleek black glass, atop a speaker cabinet that together form a unique square shape.

David Lewis and Torsten Valeur are the forces behind BeoVision 10. These two visionaries design products to uplift the spaces they live in, and BeoVision 10 is a tribute to this ethos.

They sought to make a television that was shaped to complement the art and photographs on the walls of real homes. Most of us do not have stretched, landscape-shaped art on the walls, which is why Lewis and Valeur lengthened BeoVision 10 vertically to form a square silhouette. The square design enhances the impression of BeoVision 10 as chic wall decoration, both on and off.

The designers also aspired to create a television with a frame so weightless that it would appear invisible. They wanted the viewers’ vision to penetrate the glass of the TV, undisturbed by what holds it up.

To do that, their designers had to rethink the traditional angle-framed TV, which typically stands away from the wall, adding depth and gaps. They arrived at a solution that was a giant leap forward for flat-screen TVs, in design, materials and craftsmanship.