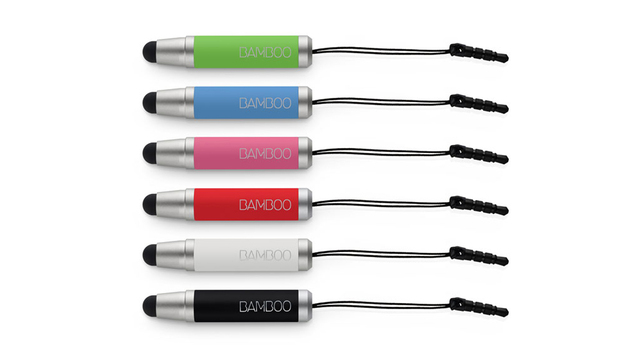 Wacom has announced the Bamboo Stylus mini, a high-quality, portable addition to its portfolio of styli. Available in six colours, with a high grade of touch and feel, and a pen length of a mere 4.7 centimetres (1.85 inches), the Bamboo Stylus mini is the company's latest capacitive styli offering.

The digital pen can be used with a touch smartphone or tablet, without danger of it being lost. A strap and dummy plug allow it to be plugged into the device’s headphone jack. The soft plug material will not damage the headphone jack – even after frequent use. The brass-plated body has a ‘real-feel’ pen diameter of nine milimetres and is coated with quality soft-touch rubber. As with the other Bamboo styli, the pen nib is exchangeable and there are firm and soft nibs available as replacements in Wacom's eStore.

The new Bamboo Stylus mini will be available starting today April 2, 2013 at Wacom's eStore and other retailers.