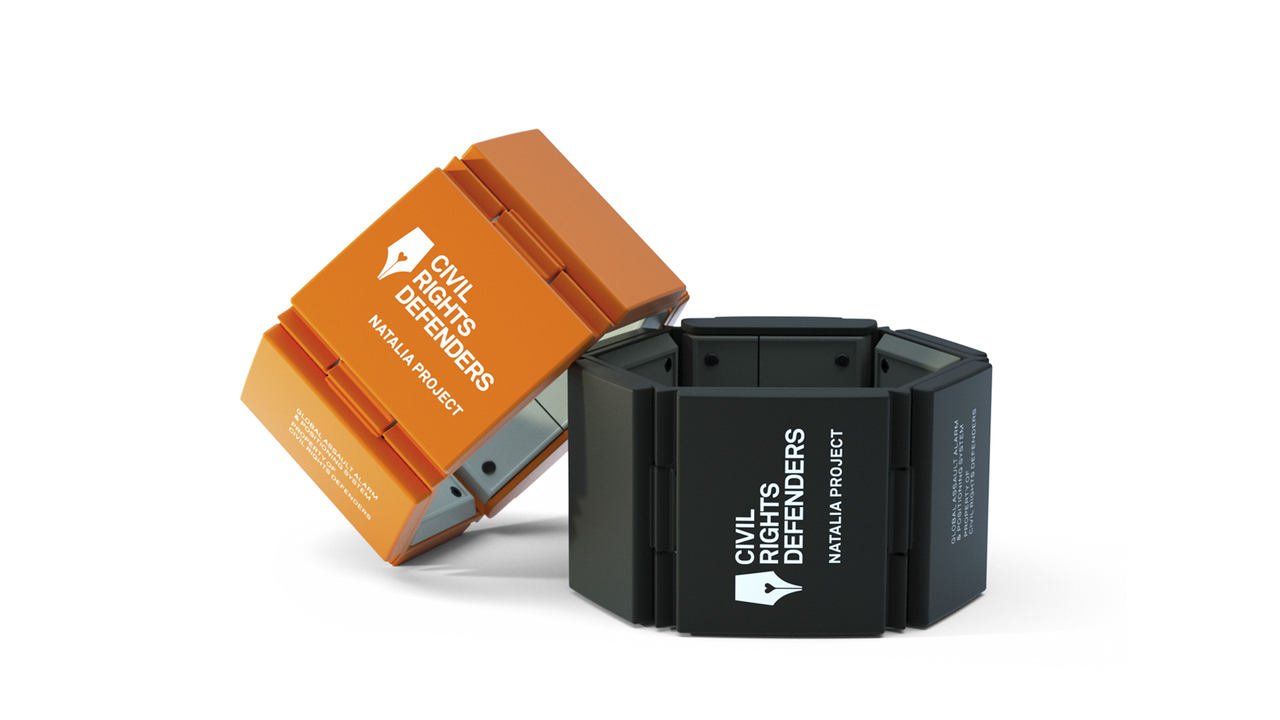 Everyday, people around the world risk their lives defending rights most people in the western world take for granted. The Natalia Project was founded to protect these heroes. Those at high risk of kidnapping wear the Natalia Project personal alarm like a wristband. In the case of an attack the alarm is activated by a simple pull of the wristband. Once activated, a signal containing the exact GPS location is sent via mobile phone network to Civil Rights Defenders headquarters in Stockholm, and also to people in the vicinity who can immediately come to the rescue. The ability to act quickly in situations like these can literally be the difference between life and death.

What makes the Natalia Project unique, is the alarm can also issue the signal to automatically update and inform the Natalia Project Facebook and Twitter accounts. This means that potentially hundreds of thousands of people can be aware of an attack, literally, within minutes of it happening and start to put pressure on the regime. Just the fact that the whole world could potentially be aware of an attack instantly creates virtual protection around civil rights defenders at risk. Because, if there is one thing these regimes want to avoid, it is international attention and criticism.