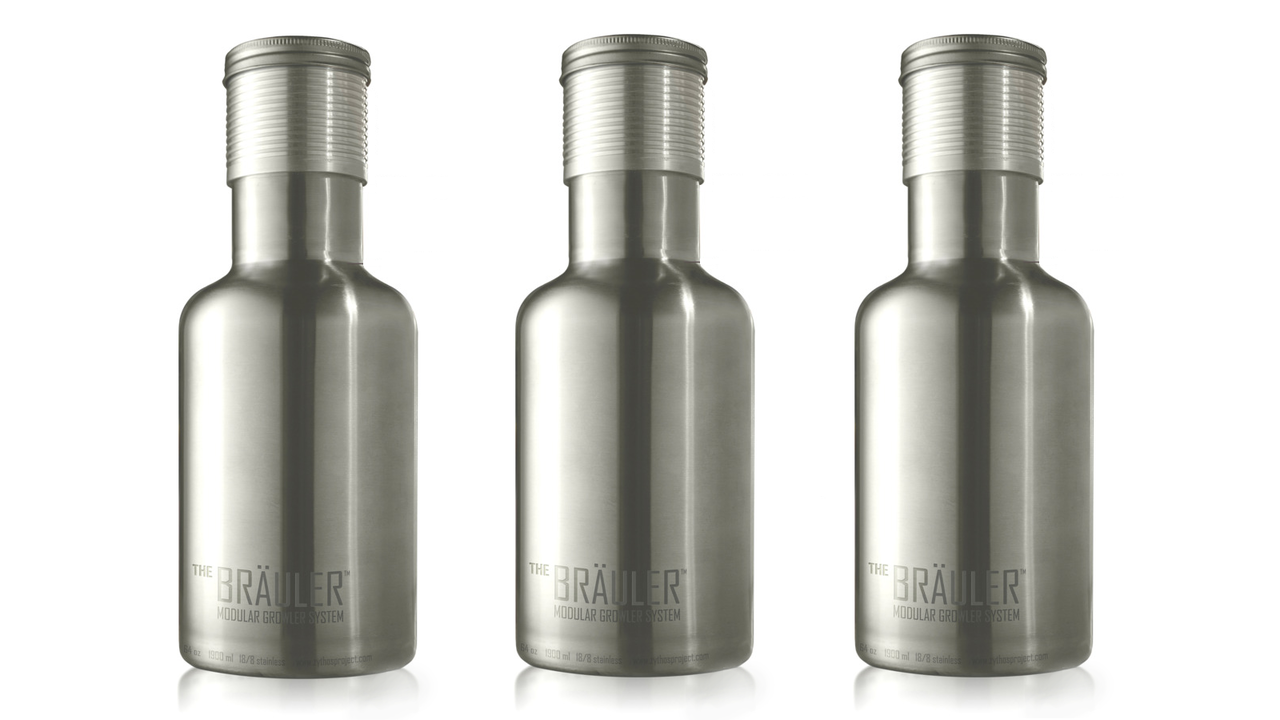 The Zythos Project was formed at the end of 2010 in Portland, Oregon (AKA Beervana) with the purpose of building the best imaginable container for fresh tap beer. Naturally, they met at a Christmas party in a building with a craft brewery in its basement while drinking beer and talking about - what else? - beer! Lamenting the inferior state of existing growler design - virtually unchanged through time - they had three options:

2) Keep buying beer in growlers that are hard to fill and sanitize, go flat quickly, and resemble plain old milk jugs, nowhere near as imaginative or considered as the beer inside.

3) Invent the ultimate next-generation growler out of the exact same materials brewers use to make everyday (food grade stainless!), with capacity to replace and hold pressure (like a keg!), and the ability to customize appearance (laser-etching!), and add on functions (who knows what we'll think of next!).

Obviously the correct answer was No. 3! Within weeks they were showing off their early prototypes to the best brewers in the country at the Craft Brewers National Conference, who encouraged us to soldier on. They did. And then some. It was a long and twisty road with dead ends, breakthroughs, sleepless nights, and yes, more than a little spilled beer. But they kept pushing to perfect the Bräuler with their mantra in mind: "Be Good To Your Beer."