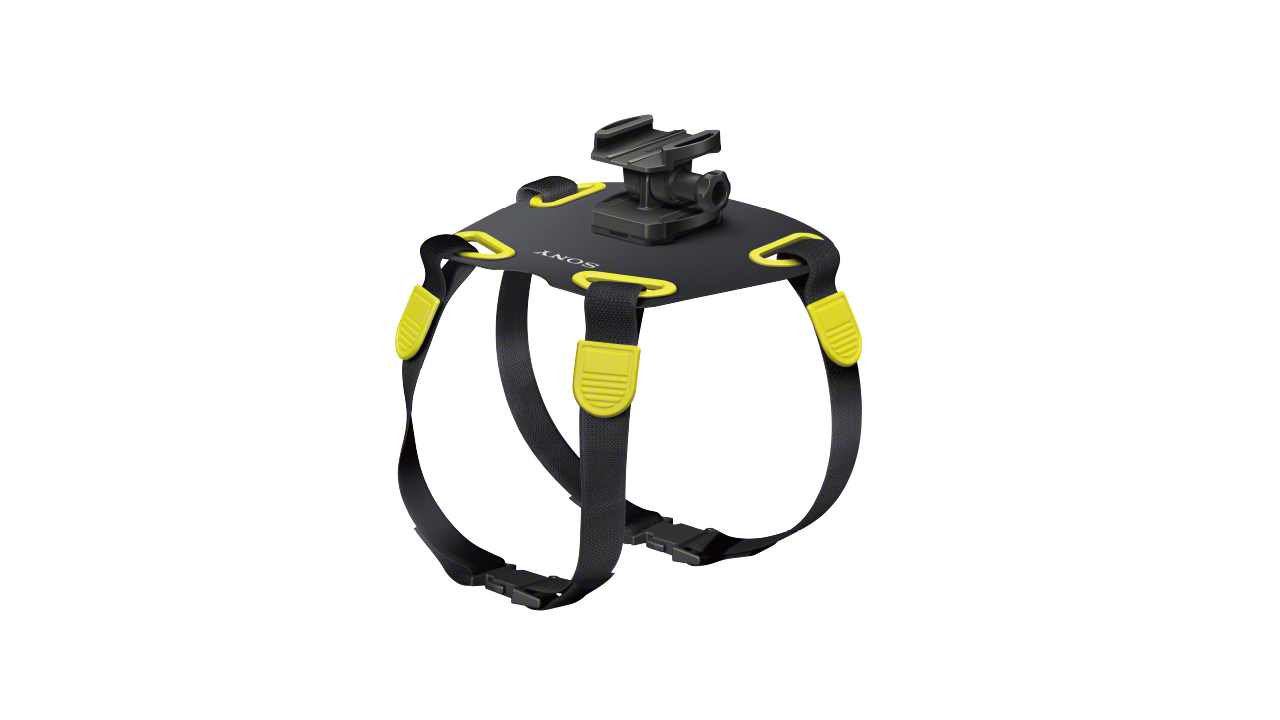 You may have seen Sony's HD Action Cam that was released earlier this year. The company has already released accessories for mounting the camera including: a head mount, wrist mount, headband mount, handlebar mount, clip mount, surfboard mount, etc. Now Sony is set to release a new dog harness mount. Available in Japan on April 26th for ¥5,250 (which is about $54), users will be able to attach a video camera harness to their dog and record movies though his point of view.

The AKA-DM1 dog harness is designed for medium to large sized dogs (more than 15 kg). Weighing in at only 128g it is made from soft plastic so it won’t be a heavy burden on your dog.