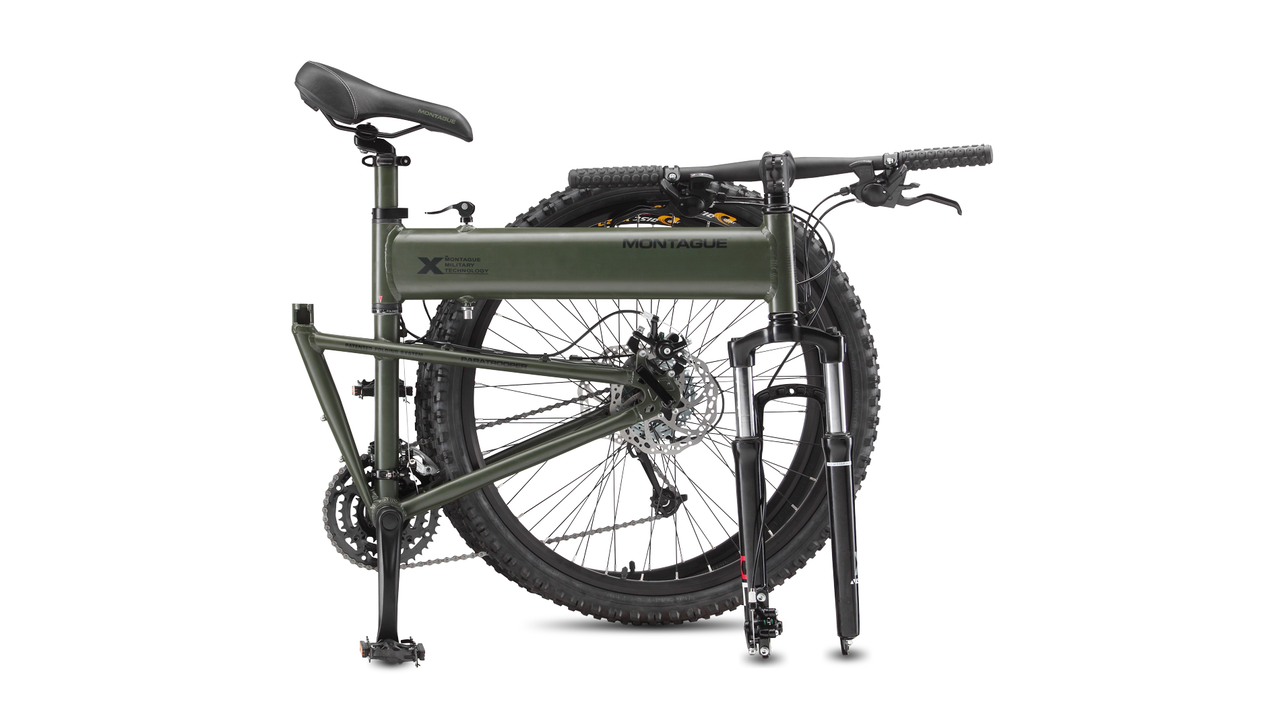 The Paratrooper is one of the many folding mountain bikes that Montague offers. Its patented folding design was developed to allow airborne soldiers to drop out of airplanes and helicopters and into combat. The Paratrooper offers advanced features with 24 speeds and front and rear mechanical disc brakes. Known for its durability and load bearing capabilities, this folding bike has also developed a following with everyday commuters and weekend warriors.

Since the 1980s, Montague has provided full-size folding bicycles to various divisions of the military. And in 1997, under a grant from the Defense Advanced Research Projects Agency (DARPA), Montague partnered with the US Marines to develop the Tactical Electric No Signature (TENS) Mountain Bike. For this project, Montague developed a new folding frame design called the X-Series, integrating the F.I.T. system into the frame design. The non-electric version of the TENS Mountain Bike, named The Paratrooper, became available shortly thereafter.

The F.I.T.(Folding Integrated Technology) system was developed to allow a full-size, high-performance mountain bike to fold in half so that it could fit through the cargo door of a military aircraft with an airborne ranger. When the soldier would hit the ground, he or she would have a tactical mountain bike to use as transportation, thereby bridging the gap between walking and deploying heavy military vehicles. This would not only aid in transportation but it would help to facilitate battlefield reporting as well.

The Paratrooper is a full-size mountain bike that can traverse terrain silently at high speeds with no thermal or acoustic radar signature - key components when trying to avoid the enemy. The Paratrooper offers up to 500 pounds of load hauling capability and it does not need gasoline. It has enhanced off-body load bearing capabilities, a high level of maneuverability, and can compact to a portable size in less than 30 seconds. The bikes are indeed used in conjunction with LAV’s (Light Armored Vehicles) and HMMWV’s as back up transportation and they also help to facilitate battlefield reporting.