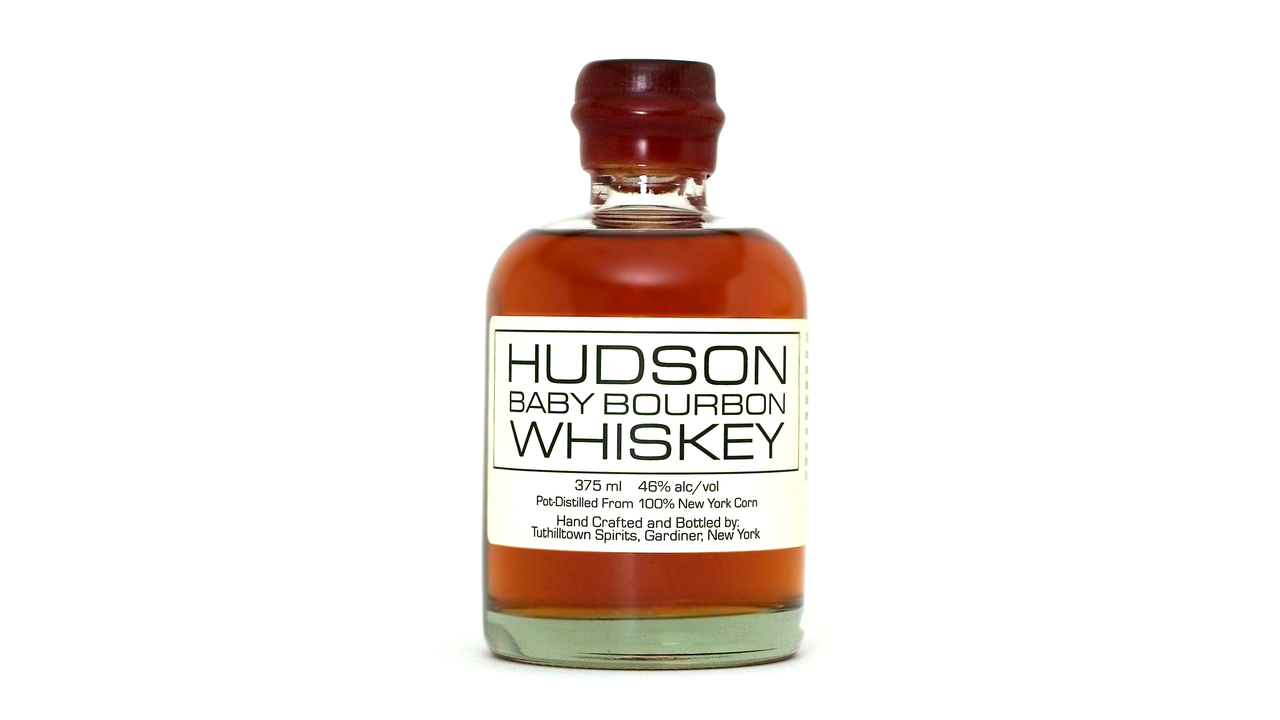 Hudson Baby Bourbon is the first bourbon whiskey to be distilled in New York. This single grain bourbon is made from 100% New York corn and aged in their special small American Oak barrels. This unique aging process produces a mildly sweet, smooth spirit with hints of vanilla and caramel. The baby is Tuthilltown’s first whiskey and the first legal pot-distilled whiskey made in New York since prohibition. Baby Bourbon is a perfect introduction to aged whiskey spirits. It is mild and friendly, bright to the tongue and warming all the way down. Each bottle is hand waxed and numbered. It is a true American classic.

Before Prohibition more than 1,000 farm distillers produced alcohol from New York grains and fruits. Tuthilltown Spirits brings the tradition of small batch distillation back to the Hudson Valley, distilling whiskeys which were the first legally distilled and aged grain spirits produced in New York since Prohibition.

For 220 years Tuthilltown Gristmill, a landmark which is listed on the National Register of Historic Places, used waterpower to render local grains to flour. In 2001 Ralph Erenzo and Vicki Morgan acquired the property. In 2003, Ralph Erenzo and Brian Lee created Tuthilltown Spirits LLC, they converted one of the mill granaries to a micro-distillery. Two and a half years later, Tuthilltown Spirits produced their first batches of vodka from scraps they collected at a local apple slicing plant.

Today, Tuthilltown Spirits distills vodkas from apples grown at orchards less than 5 miles away and whiskeys using grain harvested by farmers less than 10 miles away. The farm distillery also produces rum, eau de vie, brandy, absinthe, and infusions. Guests are welcome to stop in for tastings during store hours and tours are offered by appointment.