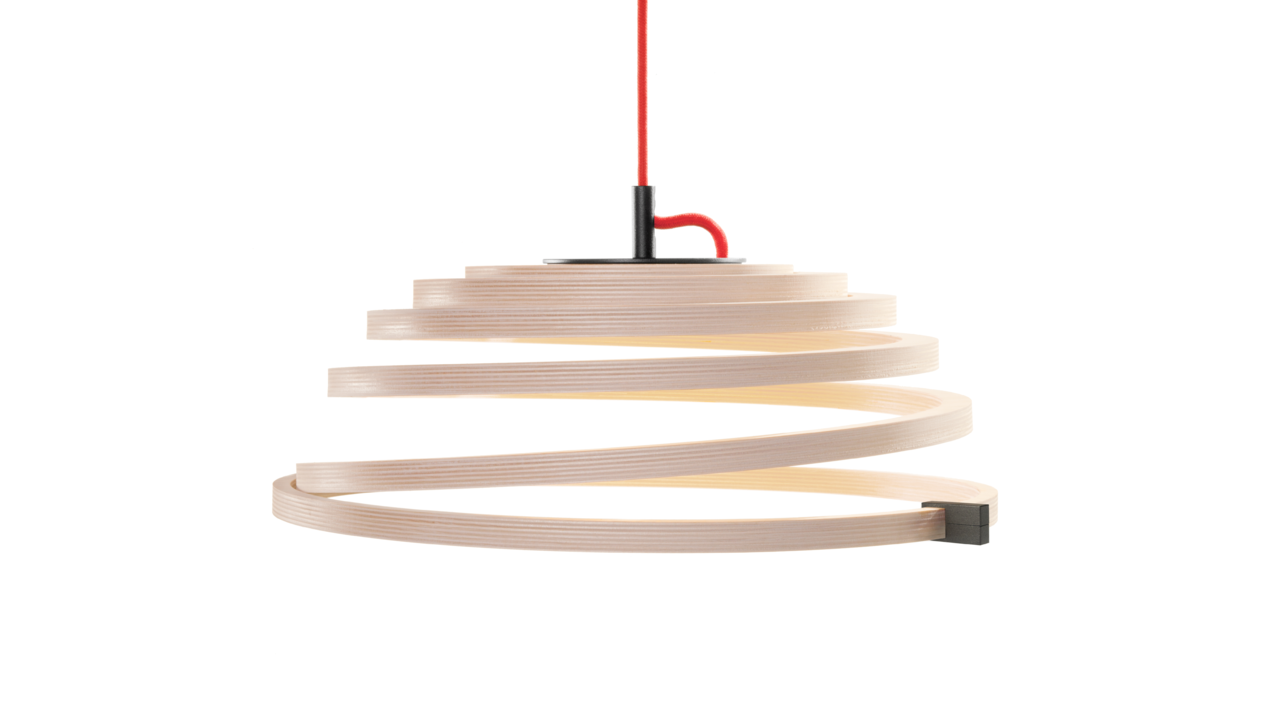 The latest addition to the Secto Design collection is a pendant called Aspiro 8000, launched at the Stockholm Furniture Fair in February 2013.

Aspiro is consciously distinguishable against the already well-known Secto Design lamp collection, still being faithful to the natural material - Finnish PEFC certified form pressed birch. The development process of it has been under progress for a while, but the improvements in the LED technique made the completion of the new lamp possible. Words daring, experimental and lively describe this newcomer well.

The freely falling spiral shaped pendant has been designed listening carefully to the language birch as material speaks. Aspiro stands out of the rest of the Secto Design lamp collection, yet still having the same prestigious way of drawing the space by the light it gives and creating a fascinating contrast to the surrounding darkness.

Aspiro 8000 LED pendant is available in birch finish, with section of red or black textile cable. Its also dimmable.