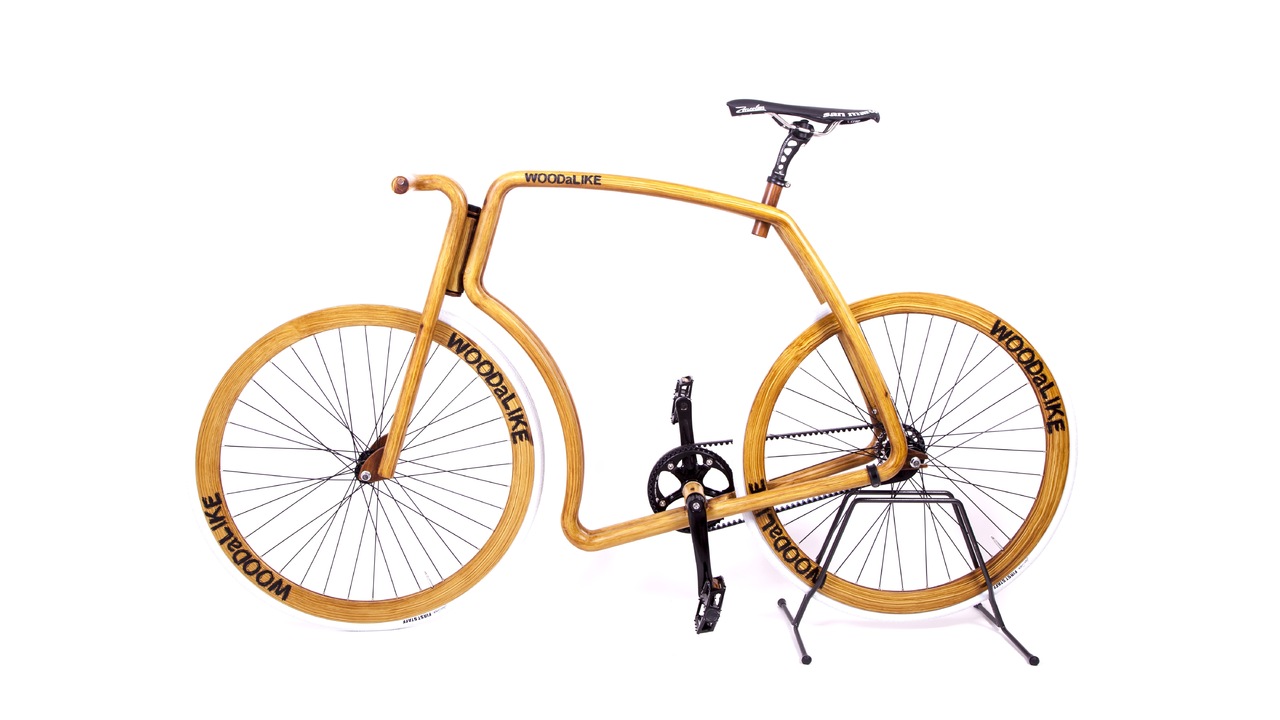 As a result of an extraordinary collaboration between VIKS (Velonia Bicycles) from Estonia and the Dutch WOODaLIKE, a sensational urban commuter has been created: The VIKS WOODaLIKE. Many of you are already familiar with a story of VIKS bike. WOODaLIKE in the other hand is a newcomer in bicycle industry.

WOODaLIKE is Sjoerd Linde, Frank Everhardus and Oscar Linde form the idyllic town of Meppel. They embarked on their project WOODaLIKE early 2014. The team of three set out to create bikes that would turn heads due to the ‘wooden’ frames and elements.

At the Dutch VIKS Import’s the WOODaLIKE team bought a fast, Lamborghini-orange VIKS, a revolutionarily designed and handcrafted urban commuter from Estonia. The combination of frame, steering and carbon belt drive makes this pedal powered café racer a true eyecatcher. Together with the white tires, design seat post and gorgeous leather racing saddle the bike is given that extra sporty and tough look.

The bike has been transformed into an even greater feast for the eyes after being treated with woodgrain technique. Normally the woodgrain technique is only used to renovate monumental buildings, but WOODaLIKE is not that fastidious. Frames, rims, saddles and even handle bars have been subjected to this fascinating form of craftsmanship. Although the bike appears to be made of wood, nothing can be farther from the truth. You can only tell it’s made of steel by touching it.

Steel, aluminium or carbon frames bring a number of advantages into the game when compared to a model made of wood. It’s stronger, lighter, more durable and offers more possibilities for shaping the bike. The 'Estonian' has been given a magical effect by the woodgrain applied to the frame. This has to be the coolest bike in the world.

Both Velonia Bicycles and WOODaLIKE are very enthusiastic about this first project. The stunning VIKS with its sensational wooden look by WOODaLIKE is sure to capture the hearts of many bike enthusiasts. And quite possibly is going to get a worthy successor.