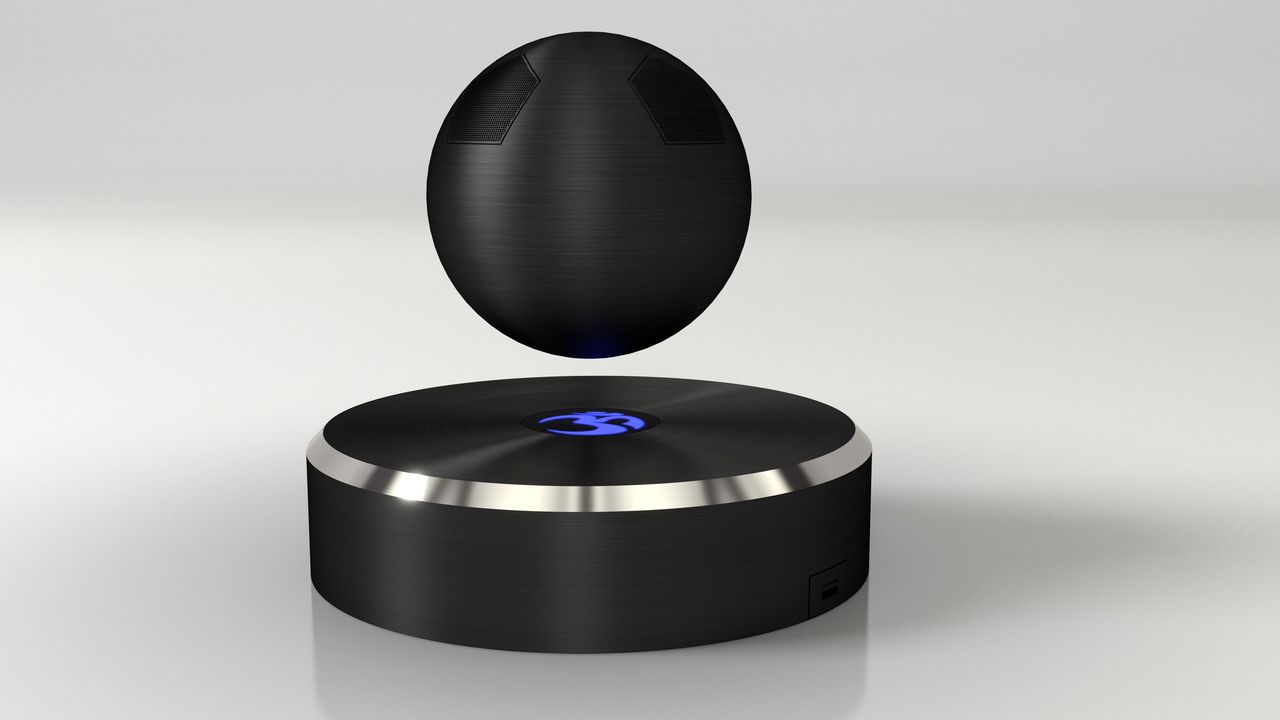 OM Audio has announced the OM/ONE, which is the world's first levitating Bluetooth speaker. OM/ONE Levitating Bluetooth Speaker Creates Gravity-Defying Listening Experience As practical as it is eye-catching, the OM/ONE has exceptional sound quality and easily connects wirelessly to all major smartphones, tablets and computers. When detached, the hovering orb acts as a portable speaker that can be taken on the go. The built-in microphone transforms the OM/ONE into a conference room phone of unparalleled styling and fidelity.

"In a world full of speakers that look and sound the same, the OM/ONE stands out from all the rest," said David DeVillez, Founder and CEO at OM Audio. "Prior to our crowd-funding campaign we traveled Silicon Valley getting feedback from some prominent entrepreneurs and musicians and we've been very humbled by the praise we've received. We're looking forward to getting these in the hands of consumers this holiday season."

OM/ONE creator and audio engineer DeVillez was the former Director of Operations, R&D and Engineering at Velodyne Acoustics. One of his design breakthroughs is the OM/ONE levitating driver for hearing every high and low with no external distortion.

Listeners can enjoy the OM/ONE by itself or pair it with another OM/ONE for true stereo sound. It can power on/off, pair/dis-pair and answer call/hang-up with the push of a single button.